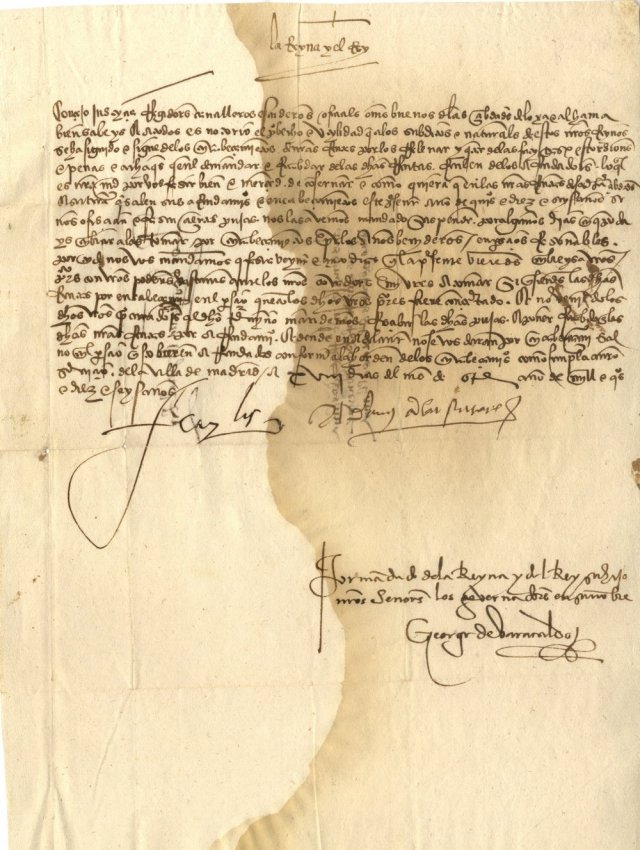 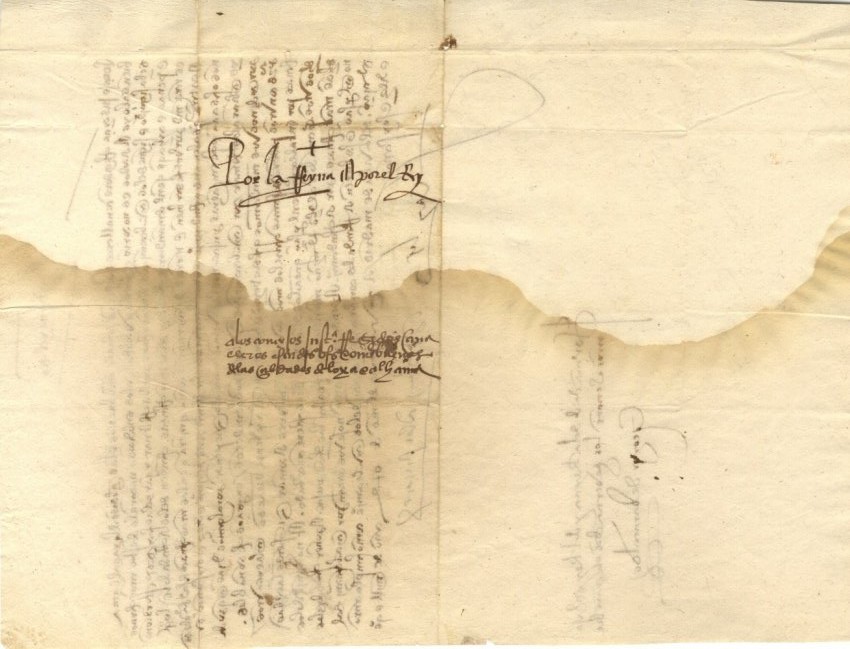 The artifact featured here is a document signed by the future Pope Adrian VI and a Spanish cardinal and statesman, Francisco Jimenez de Cisneros (1436-1517).   They signed, individually, in their capacities as inquisitors and co-regents of Spain.

Adrian Florensz Boeyens (1459-1523) (Adrian of Utrecht)  served in that capacity at the time of this document.  The attractively penned manuscript was signed on October 18, 1516, in Madrid and is an official royal order to the cities of Loja and Alhama.  It states, You are well aware, and everyone knows the profit and the usefulness that have followed, and do follow, from the practice of compounding for our revenues, to the benefit of our subjects and of the natives of these our kingdoms, who are hereby spared from the frauds, extortions, losses and violence which they are accustomed to suffer from the collectors when these taxes have to be raised by means of demands and collections.

So our will is, in order to benefit you and do you a favor, to preserve this custom and, since the royal revenues due from your cities come to the end of their farms and compositions this present year of 1516, and since we have been offered certain amount for your taxes in years to come, at reasonable prices, we therefore command that you send your representatives with adequate powers within 25 days form when you see this, to appear before our accountants, so you can take on, if you so wish, responsibility for supplying the said revenues by compounding with the persons with whom your said representatives may come to an agreement.

And if your representatives does not come within the prescribed period, we shall command you to receive the said persons who will put our revenues into order by collection procedures, and in that case the procedure of compounding will not be available to you in future, save for those revenues above and beyond what the collectors take, agreeably with the order for compounding and according to our will…

The document is signed by the co-regents with their names alone at the foot of the document.

The document reflects the advanced fiscal policies following precedents established by Queen Isabella. Realistic rather than cynical, the instructions allude to an acceptance of these policies, and they counsel the municipalities of Loja and Alhama to make the best of the penalties the citizens will have to suffer anyway. The licensed violence of publicans and tax gatherers, which inspired such hated and popular resistance from classical to almost modern time, is here documented on the highest authority.

It was Cardinal Jimenez de Cisneros who originally tempered Queen Isabella’s insistence on maximal tax yield by suggesting that cities collect the taxes by their own assessments and procedures and hand over the proceeds as a lump sum of predictable amount, regularly delivered over the period of years, for which the city contracted to raise its own taxes. The taxes in question were chiefly forms of the old Castilian alcabala, based on Moorish precedents. This was essentially a sales tax levied on most commodities at all stages of their distribution, though other excise taxes also entered into the assessments.

They were the principal exception to the customary rule of thumb that the Crown should live ‘of its own’ except for purposes of war, for which, above all, Ferdinand and Isabella had secured the permanent grant by the Pope of a ‘crusading’ tax, the cruzada. Cisneros’s concept of inducing cities to contract in advance for supply of their sales taxes in regular gross amounts was known as the encabezamiento, and it not only spared the cities the indignities and losses that forcible tax collection caused, but brought in far more in effective, usable cash to the Royal Treasury. This tax, and this fiscal method, rather than the treasure of America, was what financed Spanish expansion for many years to come.

The acquisition of this document is a great addition to the Papal Artifacts’ Collection.