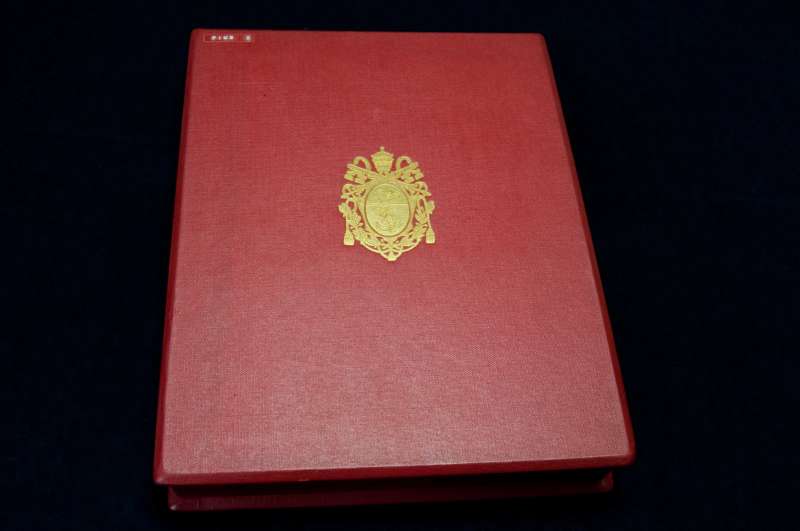 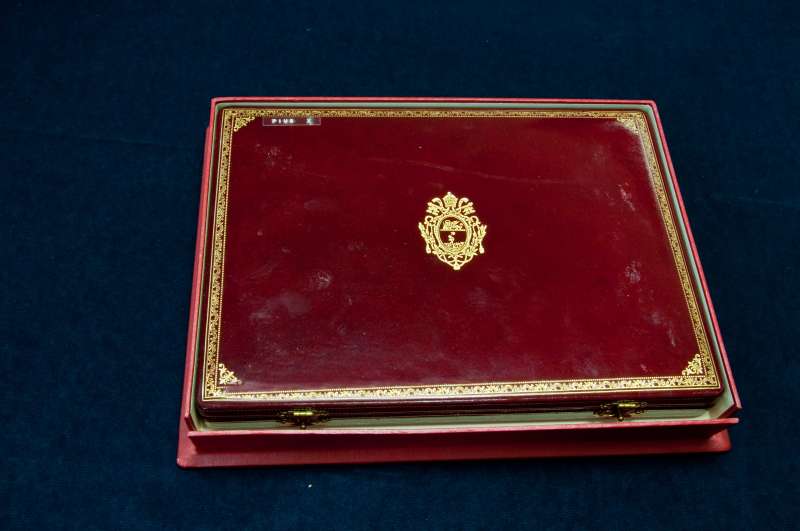 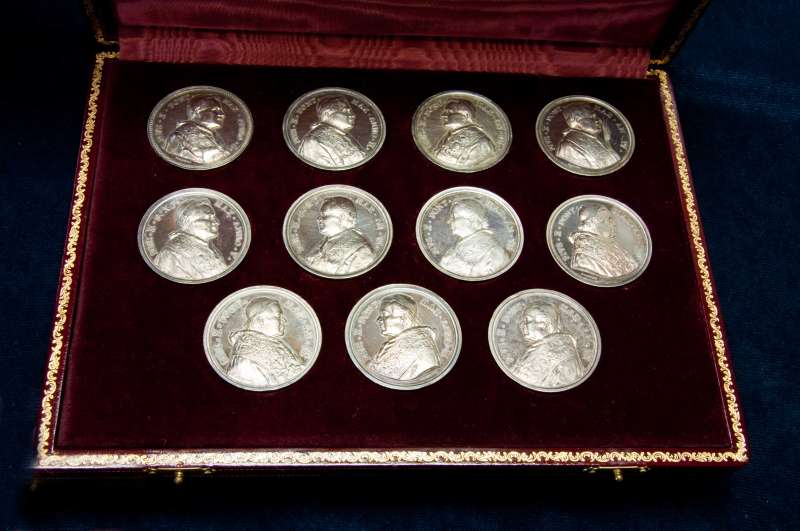 Every year, probably for centuries, probably 500 years even, the Vatican puts out an official annual medal. They create several of them, but there’s always a main one that sets the theme of that year for the Pope. And they’re quite collectable. There are people that only collect medals.

And when we open it up we see all the different annual medals from his pontificate. So from each year he was pope, one of these silver medals has some sort of representation on the back. And it has his image on the front. And as his papacy progressed, you can definitely see him aging when you compare the first medal with the last.

Very likely, although I’m only guessing, since this includes every one of the annual medals– I mean he was dead by the time this was put together–very likely this would have been a gift from his successor, Benedict XV, to someone.

So, again, it’s a particularly nice item, because it’s all in one complete set. It gives a walking history of his pontificate, even biologically, because you can see him as a younger man and as a much older man.

Another example of annual medals portraying an aging pope is the medals and coins minted of Blessed John Paul II. If you get the old lire, the coins from 1978, you can see how young he looked compared to the euro coins from 2005 when he died. He looks like an entirely different man. So in the medals, you can see this progression of his biology, and how he aged.

Every year the Vatican has created annual medals with the image of the pope since 1455 under Pope Nicholas V.

The medals and presentation case are in excellent condition.