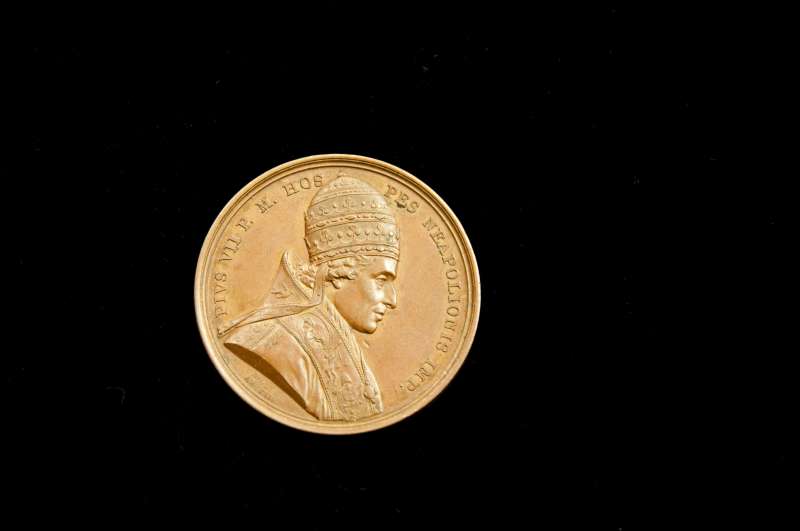 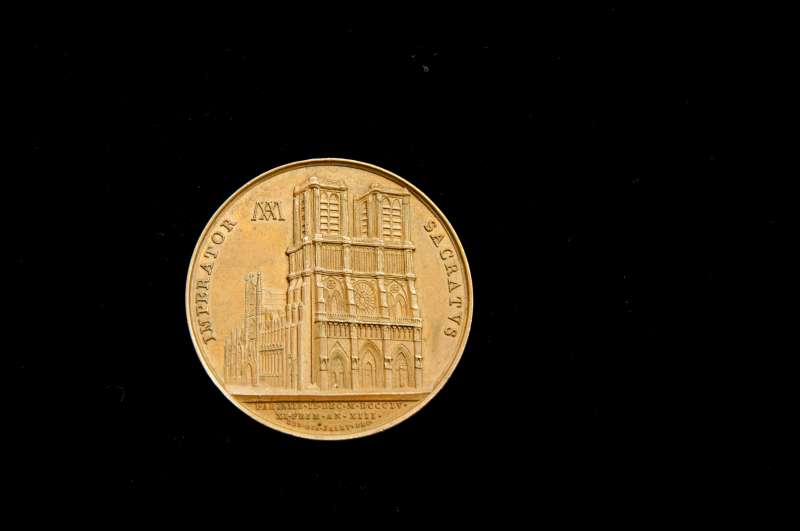 Commemorative Medallion (reverse side. Napoleon had the Pope carried off as a prisoner to France.

The medallion has his image on the front and an image of Notre Dame Cathedral in Paris on the back.

This is an interesting story.

Pius VII was present for Napoleon’s coronation in 1804. Traditionally popes always crowned kings and emperors. Napoleon snubbed Pius VII by taking the crown from the pope’s hands and crowning himself.

Later, Pius VII boldly excommunicated Napoleon. When he took over the Papal States in 1809, Napoleon had the Pope carried off as a prisoner to France.

When the empire collapsed, he freed the Pope.