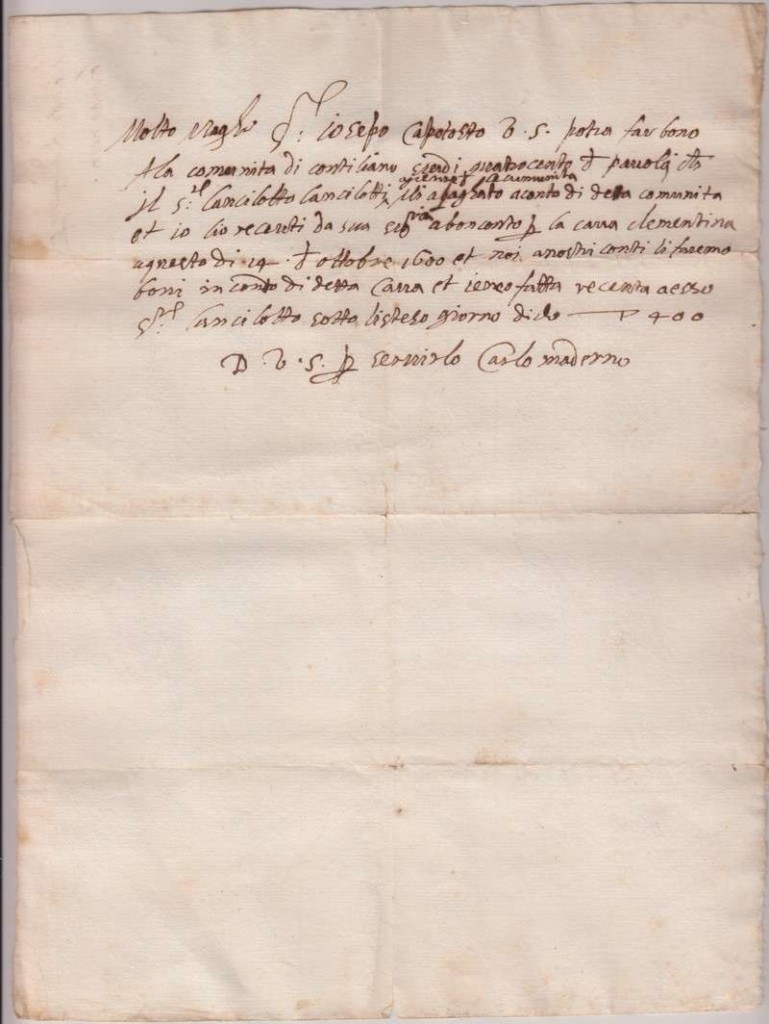 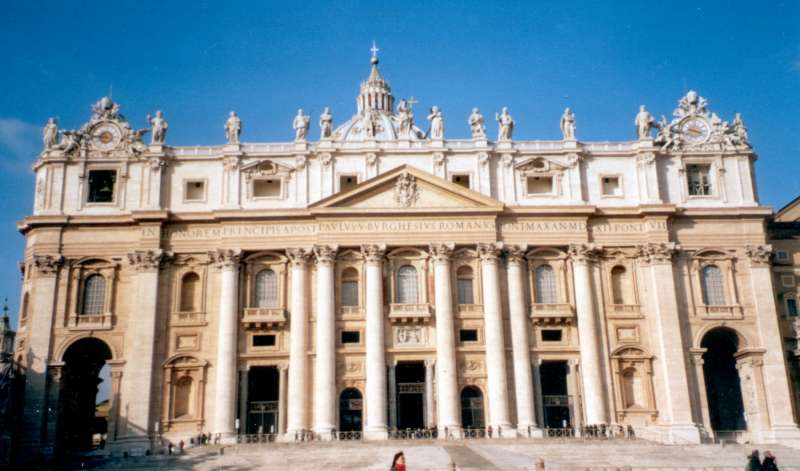 The Facade of St. Peter's Basilica by the architect, Carlo Maderno

The artifact is an undated letter from the architect, Carlo Maderno.    He was responsible for the façade of St. Peter’s and therefore, one of the last architects.