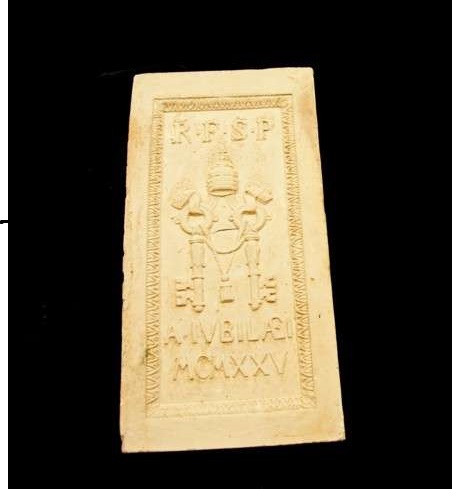 Brick of the Holy Door of St. Peter’s Basilica From the Holy Year, 1925: Pius XI

On the back of the brick is engraved a name, probably a
benefactor (someone who had made a donation to the church).