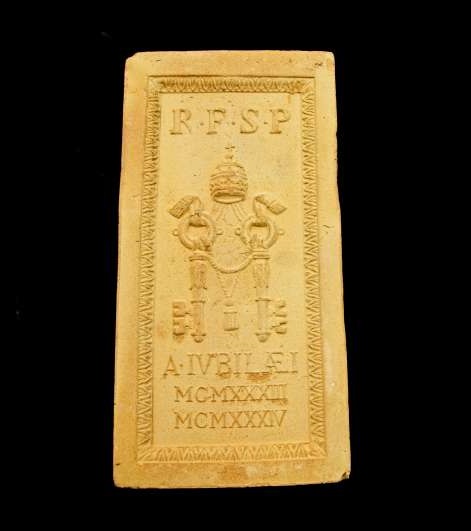 The bricks are from all the major basilicas in Rome. They include this one from the extraordinary Holy Year of 1933, a commemoration of the 1900th anniversary of the crucifixion of Jesus.

RFSP = Reverenda Fabbrica Sancti Petri, institution created
Specifically to manage the whole of the works necessary for
The realization and artistic construction of St. Peter’s Basilica in the Vatican.