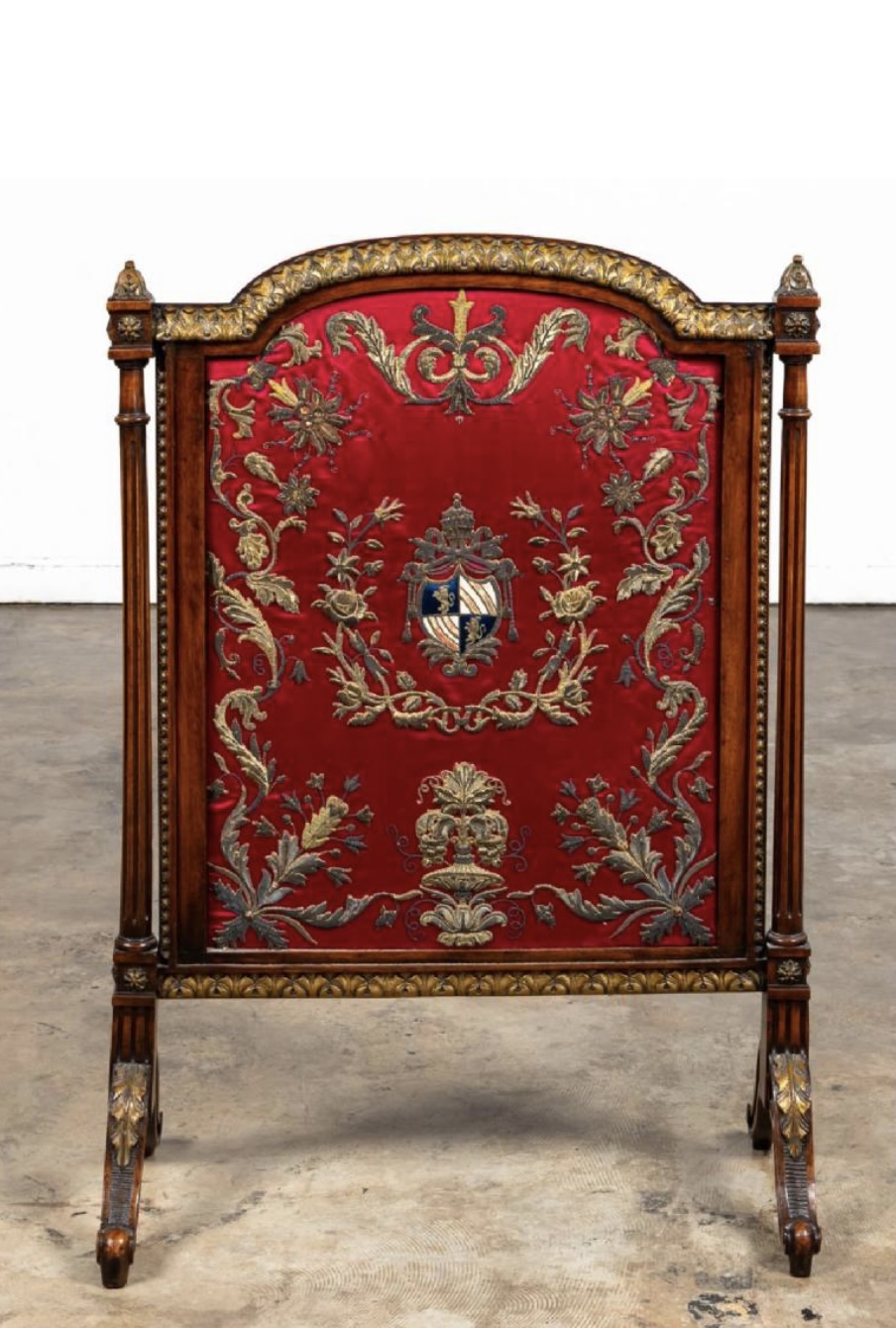 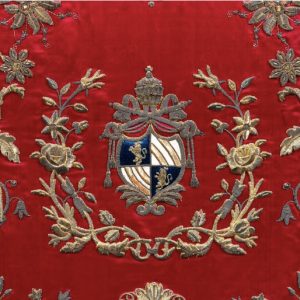 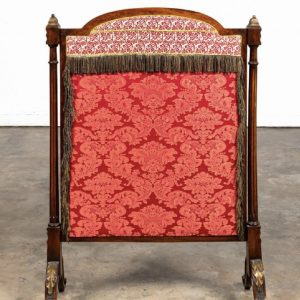 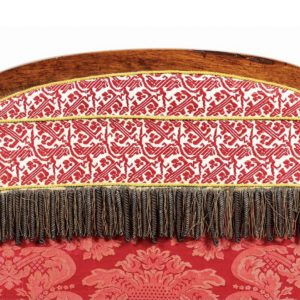 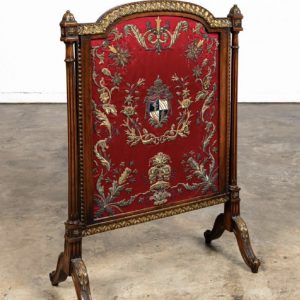 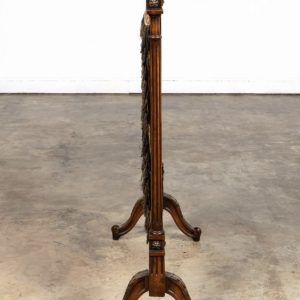 This is a wonderfully decorative addition to the Collection in that it displays the coat of arms of the papacy in the center on a field of scarlet.  Fringe on the top of the back adds further adornment to the piece.

All along the edges of the screen are intricate carvings with the top and bottom further enhanced with gilt matching the gold embroidery of the screen.

The side view of the screen shows how narrow it actually is and the detail of carving that was done on it.  Acting as a shield between the mouth of the fireplace and the people in the room, it served as a kind of art piece in a 19th century house, probably in the Papal States, and emphasized the devotion of its inhabitants to the papacy.

There are different types of fire screens in the history of furniture. This fireplace screen is not really meant for directing heat but rather for covering up in a decorative way the gaping mouth of an empty fireplace.

Some screens were actually  heat-directing. The center decorative screen of that type would pivot the heat directing it away from (or towards) the people around the fireplace.

There were also  “spindly pole” fireplace screens which moved up and down on the pole, depending on the height or sitting position of the person it was shielding. Primarily, these were used to keep the heat or glare of the fire off the face of the ladies. Though they’re often seen with embroidered or needlepointed decoration, they were also commonly painted or decorated with paper collages and the like.