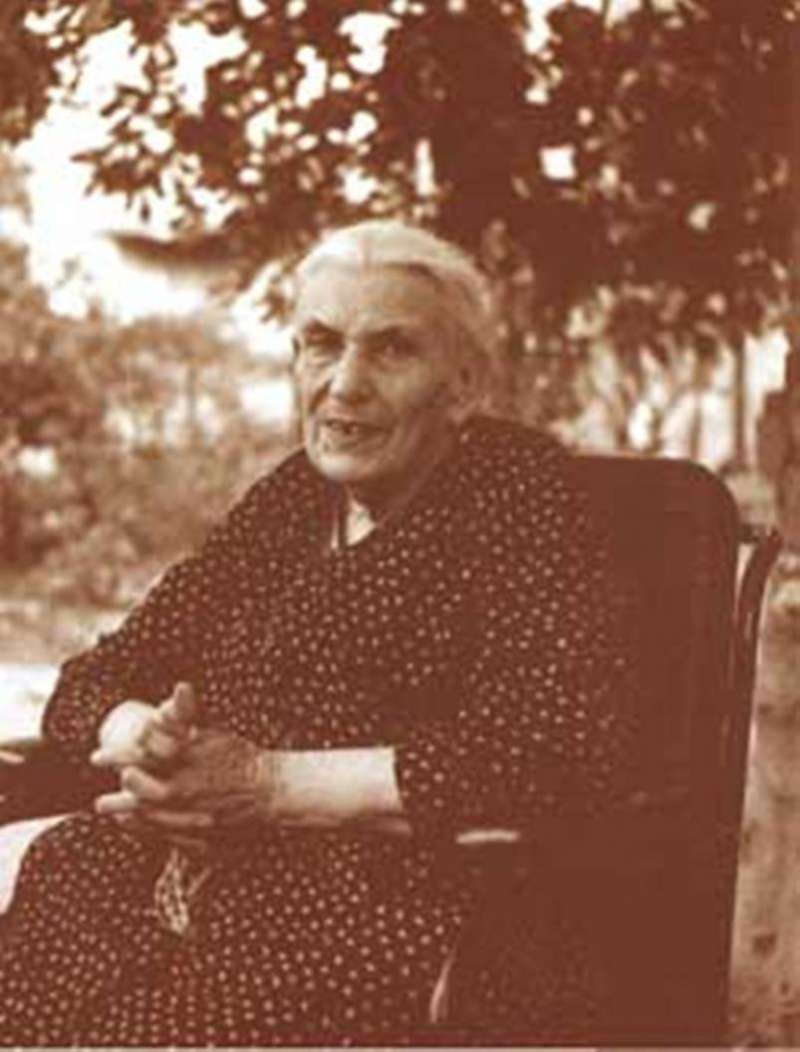 Assunta Goretti was the mother of St. Maria Goretti. July 6th is the feast day of St. Maria Goretti, one of the youngest saints of the Church and the patroness of youth. Born in 1890 to poor farm workers, Maria was stabbed fourteen times by a nineteen-year-old neighbor, Alessandro Serenelli, who was attempting to rape her. While she fought him, she said she would rather die than allow the assault. She did die from her wounds. Maria was eleven years old. While she is considered a martyr because she fought Alessandro’s attempts to assault her, the most important aspect of her story is her forgiveness of her attacker.

When Pope Pius XII canonized her during the Holy Year 1950, not only were her mother and several siblings present, but also a repentant Alessandro who upon his release from prison begged Maria’s mother to forgive him, which she did. 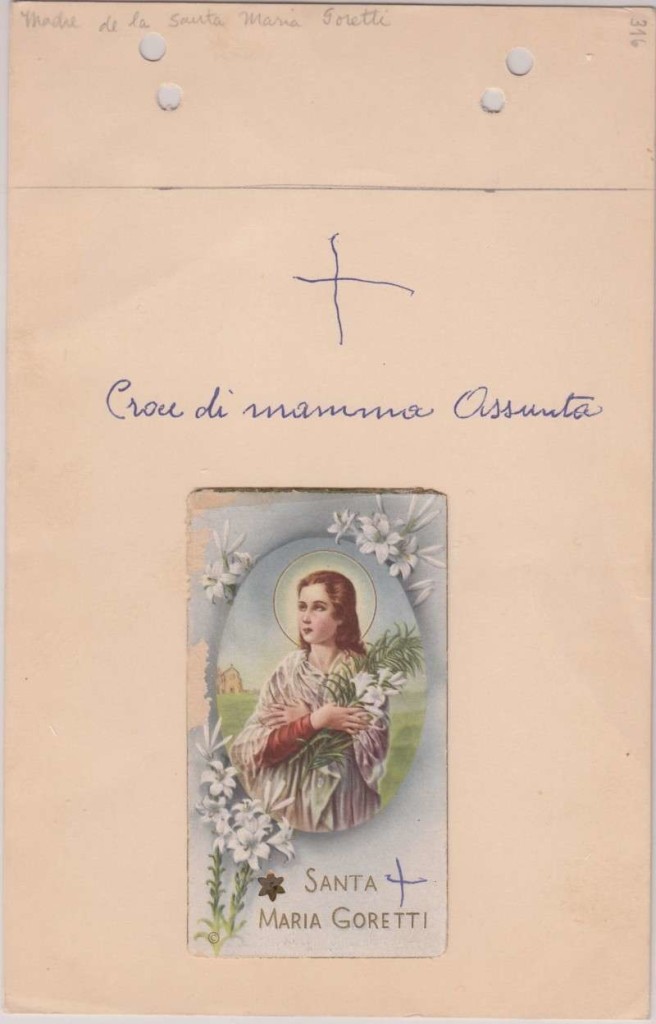 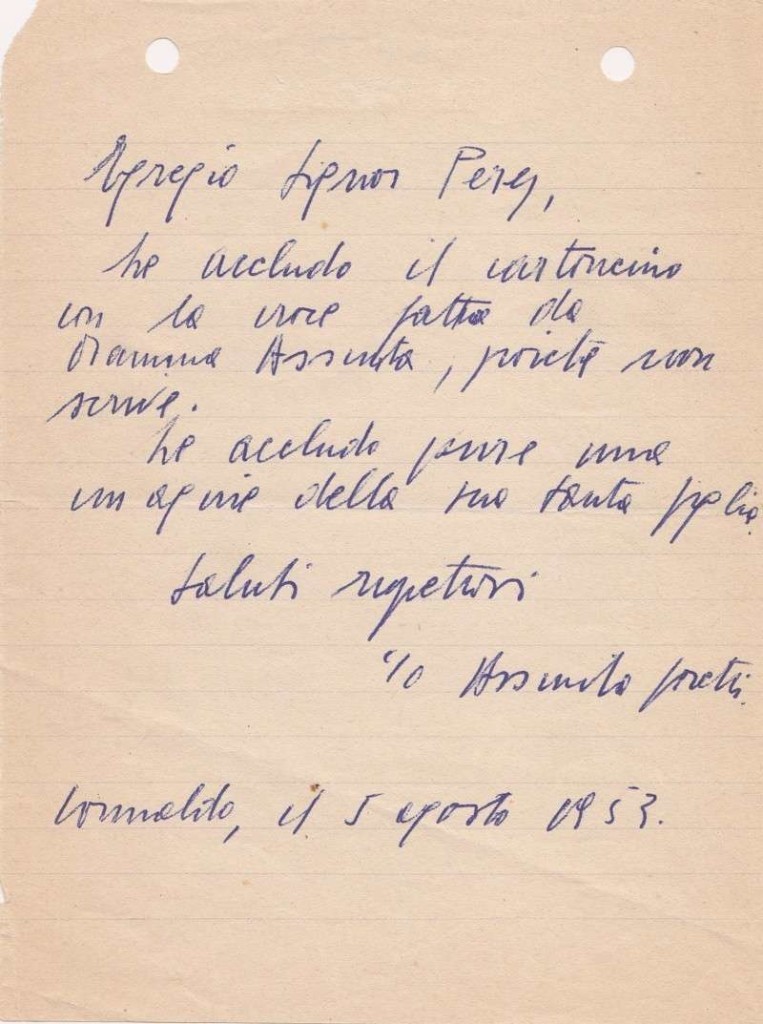 The mother of St. Maria Goretti signed the holy card with a cross rather than with her name because she was illiterate.

A second signature/cross of hers is on a separate sheet of paper.

A third sheet of paper confirms the signatures of the saint’s mother.

Pope Pius XII canonized St. Maria Goretti in 1950 and her mother was present at the canonization.