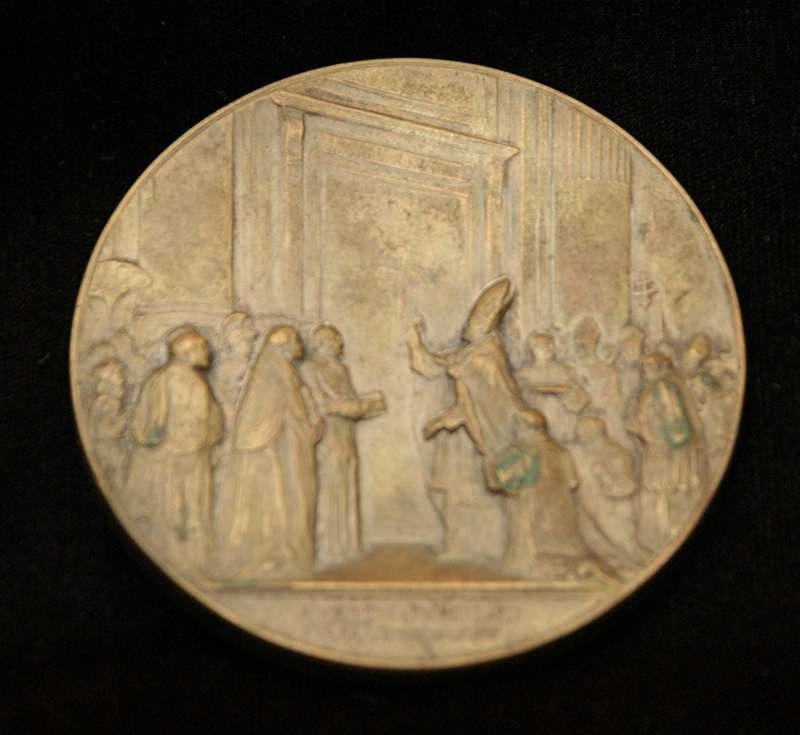 An annual medal for the 1925 Holy Year

Pius XI is shown on the backside of the medal hammering to open the Holy Year Door.

Every twenty-five years there is a Holy Year in the Vatican. The last one was in the year 2000.

This started in 1300. Pope Boniface VIII (1294 – 1303) established what is referred to as the Holy Year. He originally wanted to have them every one hundred years but eventually that changed to every fifty years and now to every twenty-five years.

The symbol of the Holy Year that encourages people to visit the tombs of the apostles in Rome is the Holy Door. This door always remains enclosed in bricks except during the Holy Year. There is one of these doors at each of the four major Basilicas in Rome: St. Peter’s, St. Mary Major, St. John Lateran and St. Paul Outside the Walls.

This particular medal is an image of Pius XI taking a hammer and ceremoniously knocking on the Holy Door and opening it. This probably would have happened on Christmas Eve 1924.

The Pope is always the first and last to go through the Holy Door at the beginning and the ending of the Holy Year.