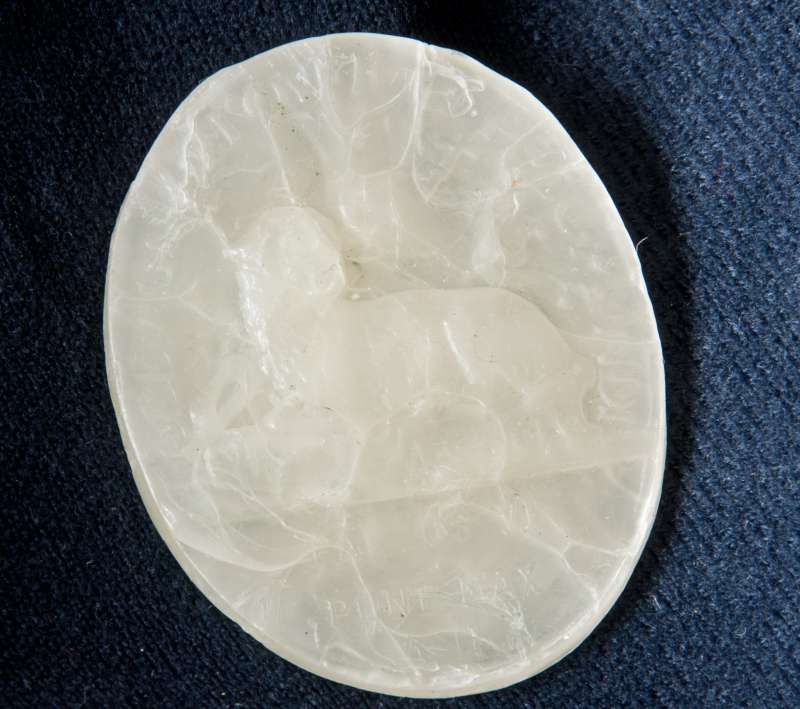 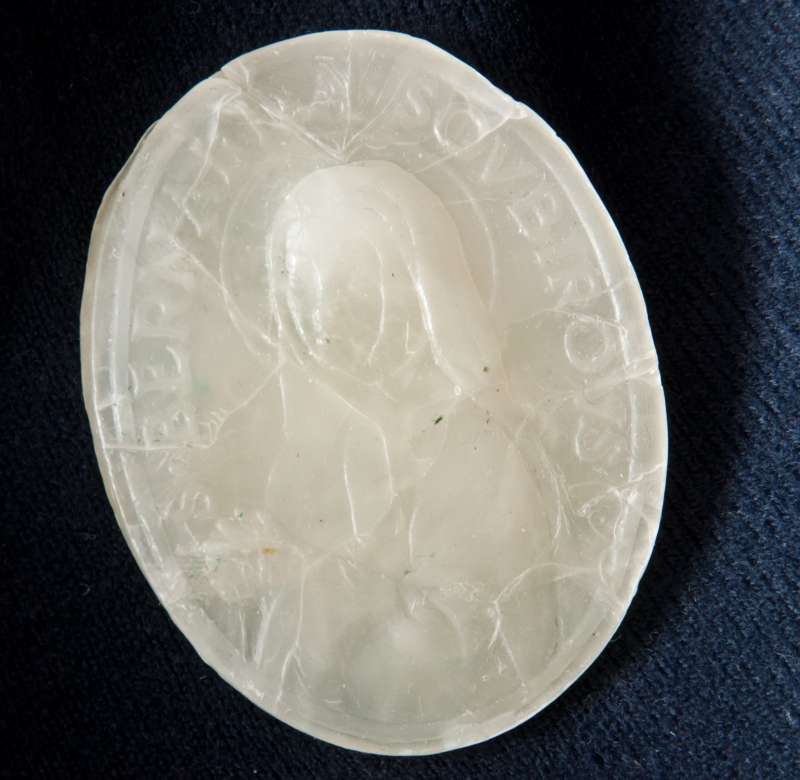 The Collection has several Agnus Dei, Lamb of God pieces.

Sometimes a saint was put on the other side of the disk. The pope’s name and sometimes his coat of arms were included as well as the year. On this particular one, an image of Saint Bernadette is depicted.