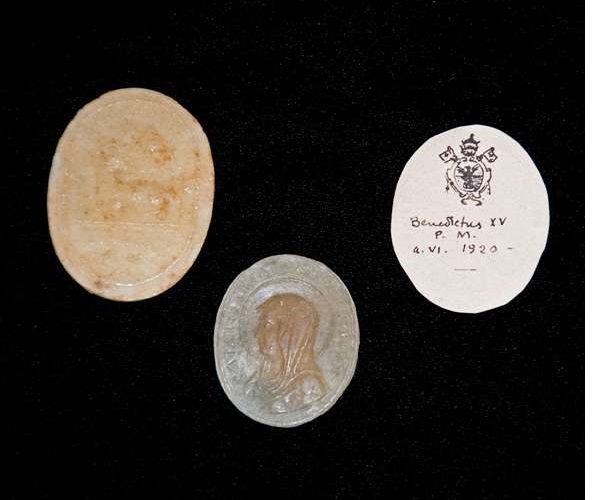 These Agnus Dei wax disks are from the pontificates of Popes Clement XIV & Benedict XV.

The Agnus Dei (Lamb of God) wax disks were cylinders or small disks of wax that were created by melting the previous year’s Easter candles of Rome’s churches. This took place at the beginning of Lent each year. The wax was melted in a large cauldron to which chrism oil was then added.