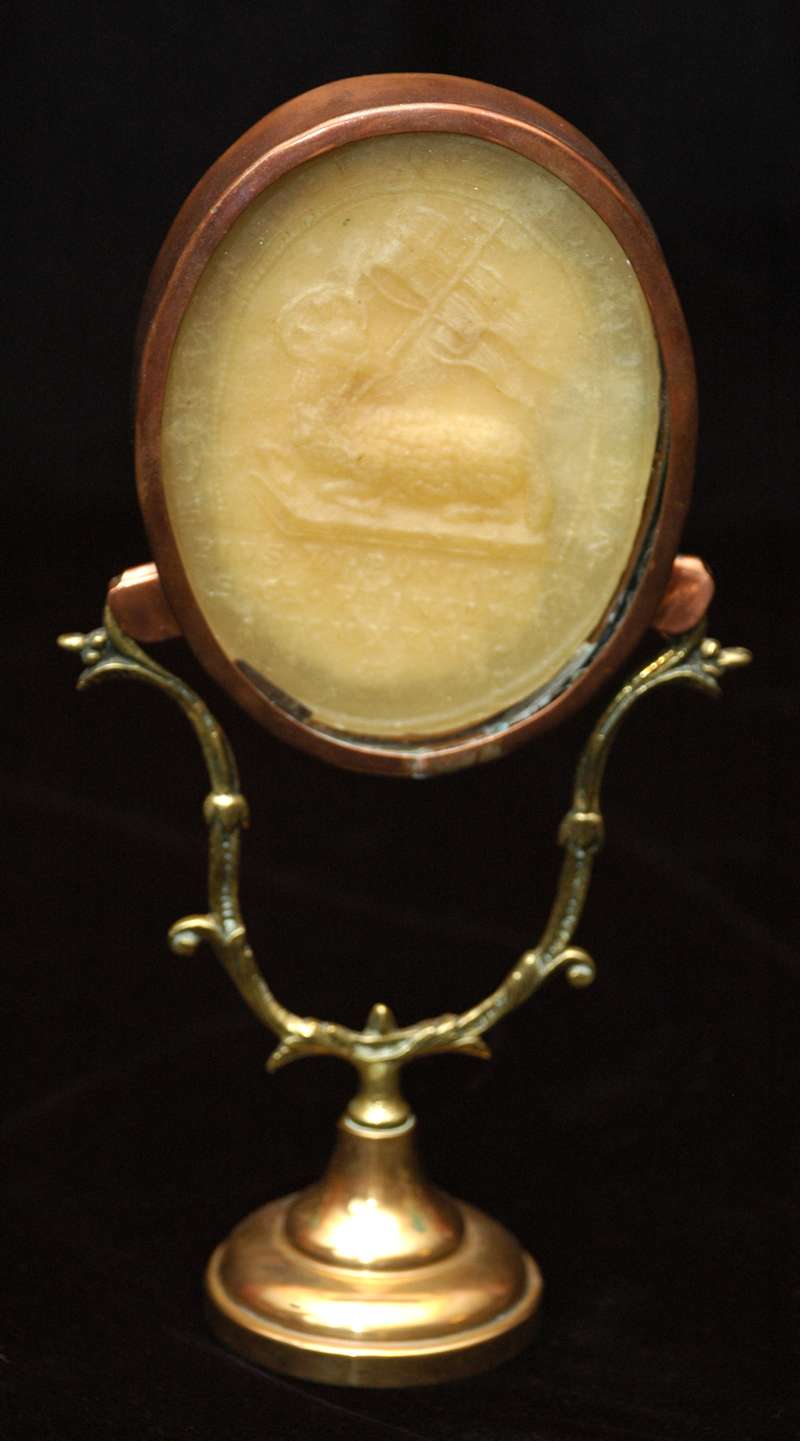 The Agnus Dei Lamb of God pieces were cylinders or small disks of wax that were created by melting the previous year’s Easter candles of Rome’s churches. This took place at the beginning of Lent each year. They were put in a big cauldron and melted. From them small disks of wax were created with a picture of the Lamb of God on them. Sometimes a saint was put on the other side of the disk. The pope’s name and sometimes his coat of arms was included as well as the year.

Chrism oil was also poured into the cauldron. The pope then blessed them.

They were given as sacramentals to pilgrims to Rome who then

experienced a connection to the paschal candle, to the chrism oil and to the pope himself.

This practice ended with the pontificate of Pope John XXIII.

This Agnus Dei piece is a fairly large disk in a unique, brass stand. It is from the pontificate of Pius XI.