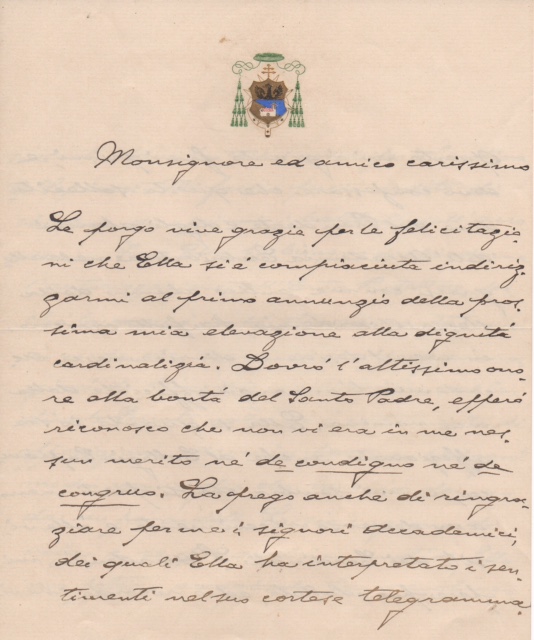 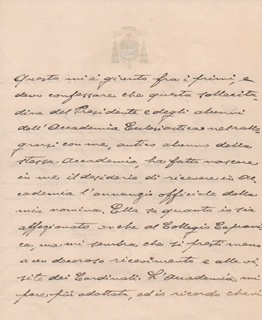 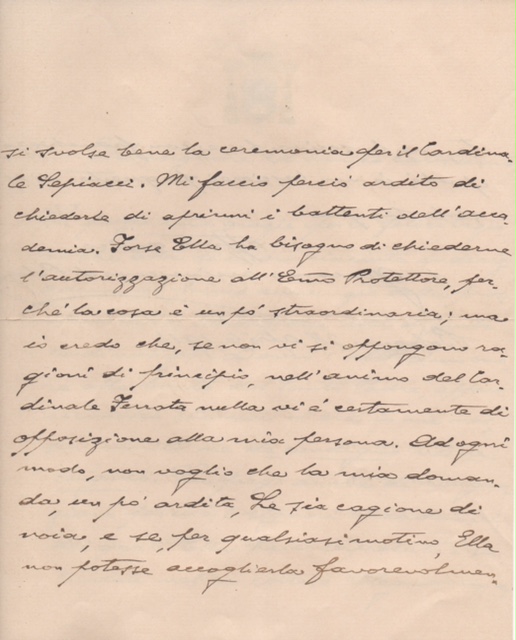 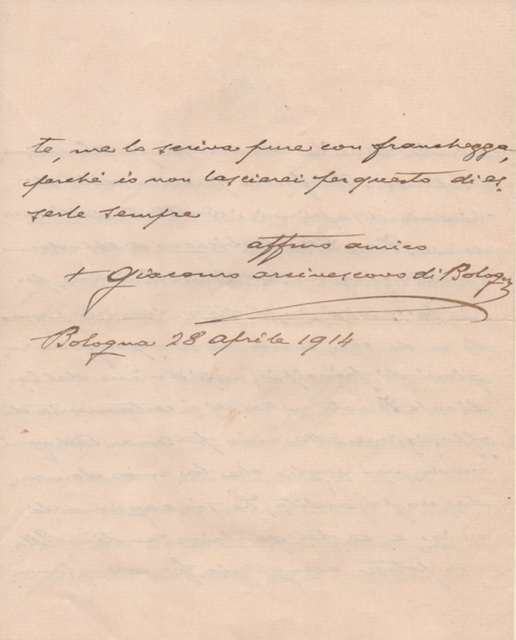 This four  page letter, written entirely in his own hand, was signed in April 1914 when he was still the Bishop of Bologna.  Giacomo della Chiesa was elected Pope in September of 1914 after the death of Pope Pius X.

This letter is in perfect condition and is on his personal stationary bearing the coat of arms of the Bishop of Bologna, which he carried into his papacy.

Benedict XV is considered to be the most forgotten pope of the 20th century despite all he did for our Church throughout his long career in the Church, as a diplomat, a bishop and as Pope.

Anything belonging to him is of great significance and value.  This is a great addition to this Collection.