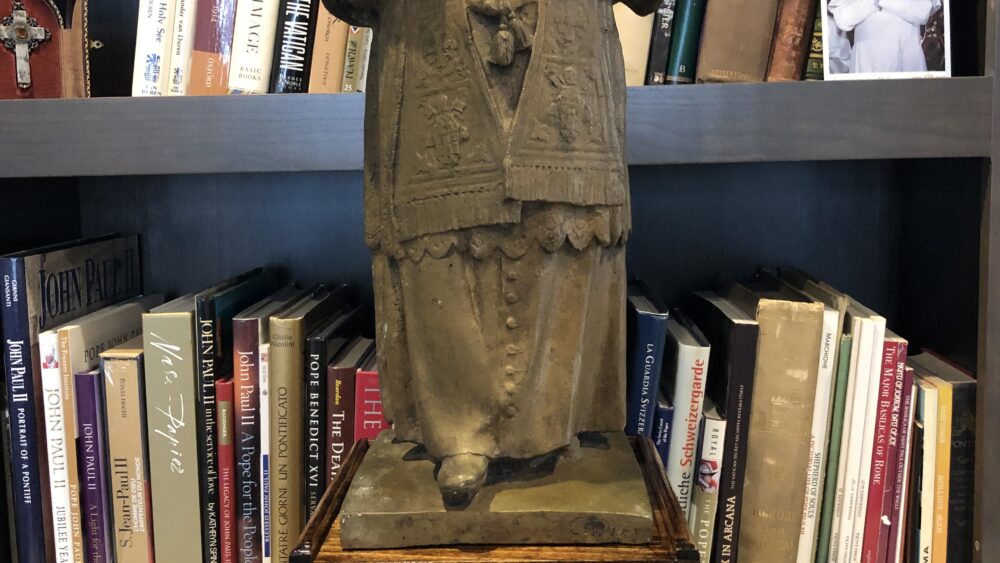 The preparatory statue is close to two feet in height.In combination with the First Class Relic, the statue of him depicts the love and honor shown to him in Sotto il Monte.It is a beautiful addition to the Collection.