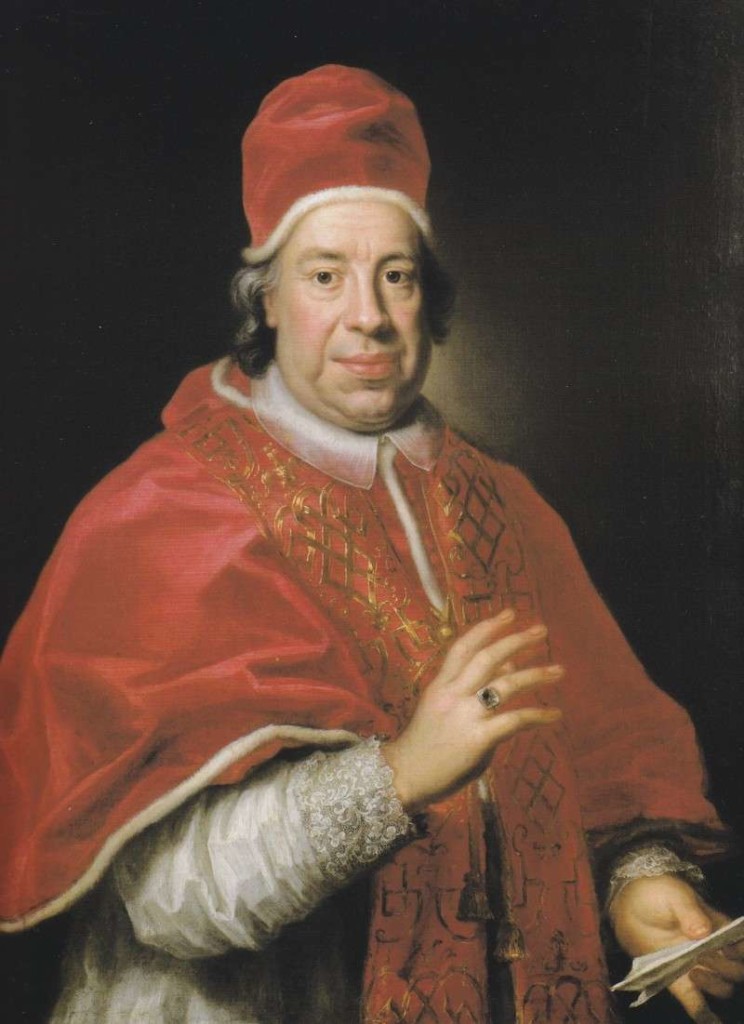 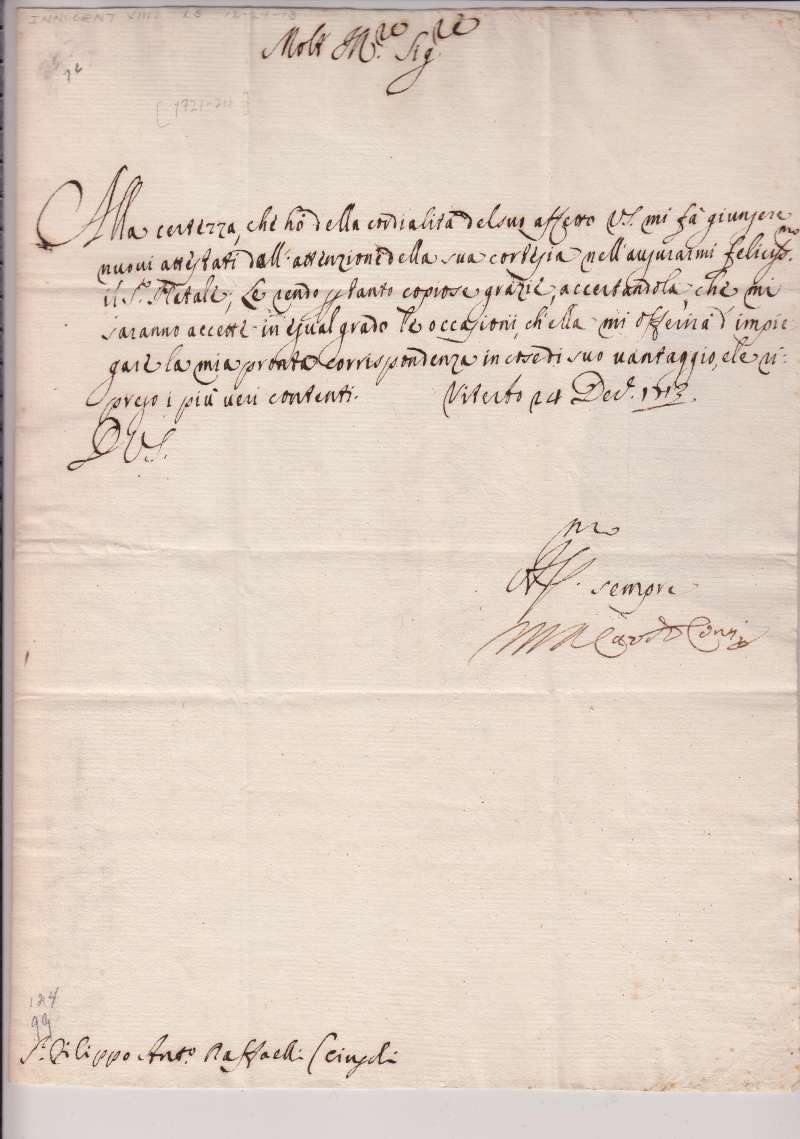 The artifact presented here is a Christmas greeting signed as Cardinal De’Conti on December 14, 1713.

Upon the death of Clement XI in 1721, another contentious conclave lasting for five weeks ensued. This time, the political divisions pitted Spain and France against Austria who vetoed the leading pro-French candidate, Cardinal Paolucci, Clement XI’s Secretary of State. Dei Conti was unanimously elected in May of 1721 amid vehement protestations on his part. He chose the name of Innocent XIII in memory of his famous ancestor, Innocent III. He was sixty-five years of age and would reign for nearly three years.

Although known for his diplomatic skills, personal piety, intellect and kindly disposition, Innocent’s reign served to show how politically weak the papacy had become. His predecessor, Clement XI, had refused to invest Emperor Charles VI (1711 – 1740) with Naples and Sicily because he had not been consulted about their transfer to the empire. Innocent granted the investiture in 1722 but this was a completely formal matter since the emperor had already taken possession of Naples at the Treaty of Utrecht and exchanged Sardinia for Sicily. Other territories were handled in a similar manner by the monarchs without consultation, serving to highlight the inadequacies of the Vatican. Charles VI even claimed supreme authority over the Sicilian church. Innocent was powerless.

Innocent died in March of 1724 after a papacy lasting nearly three years. He was buried in a stucco tomb in the grottoes of St. Peter’s Basilica near the Chapel of the Pieta. He was sixty-seven years old. 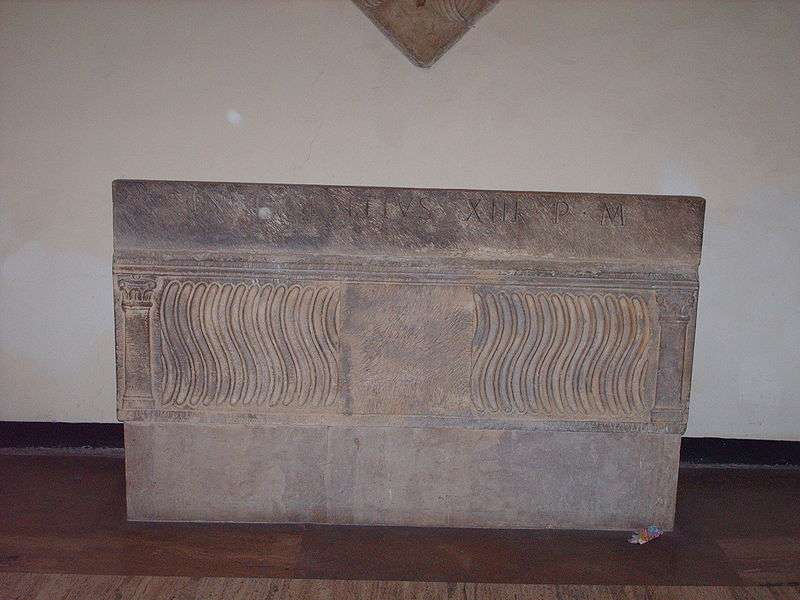 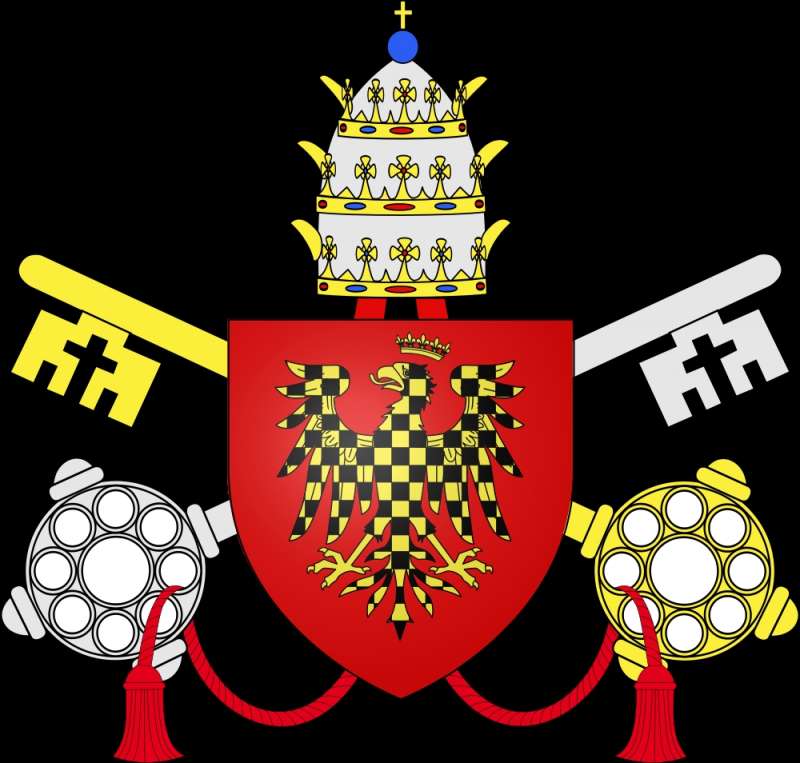