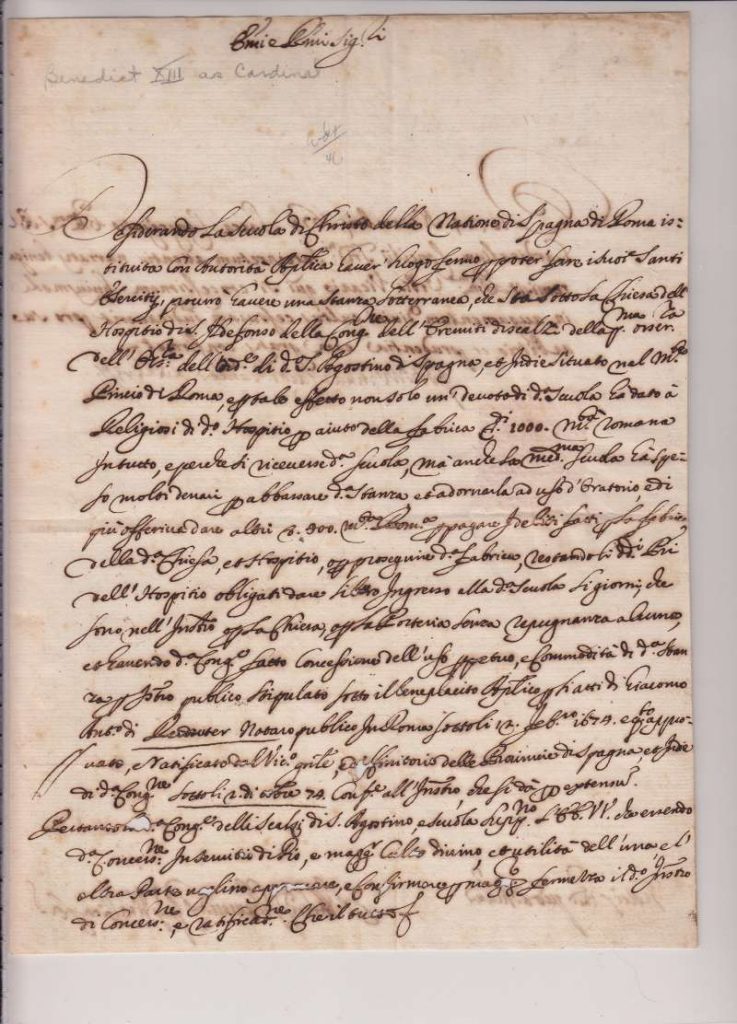 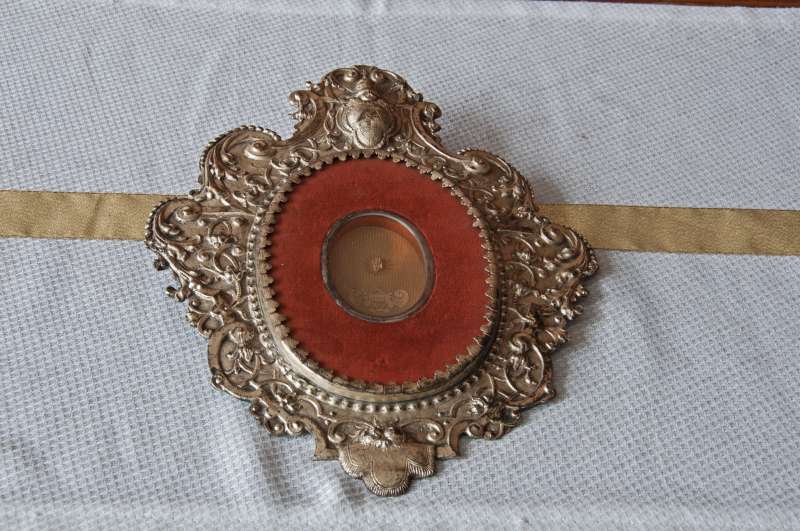 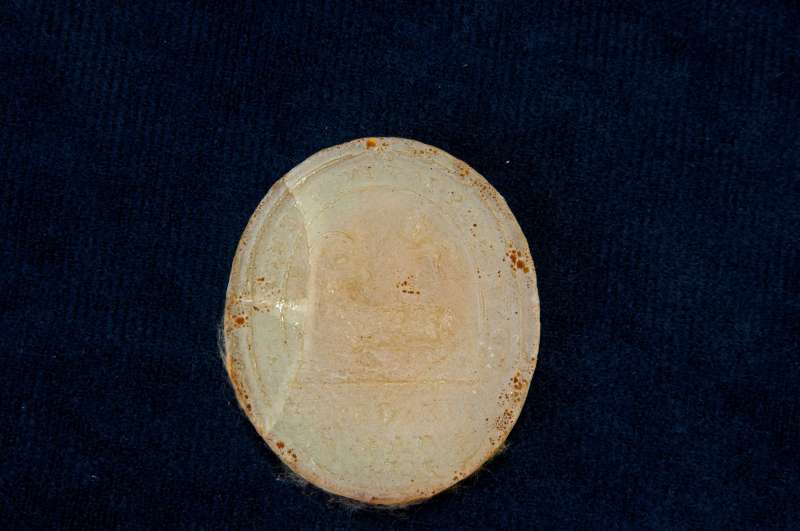 Pope Benedict XIII’s spirituality was very much influenced by the devotion to the relics of saints and martyrs. This particular reliquary contains the relics of Saint Adriani. It originated in England. The holder is marked twice with the initials CM. The frame is 18th century silvered copper. It measures 10.6 inches high. The Pope’s coat of arms adorns the very top of the reliquary. It is in very good condition and is a valuable asset to the Collection. 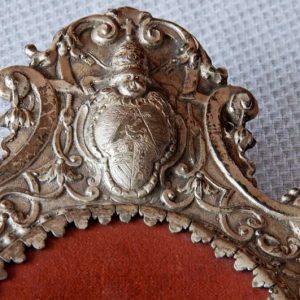 Reliquary Containing the Relics of Saint Adriani: Close up of Benedict XIII’s Coat of Arms 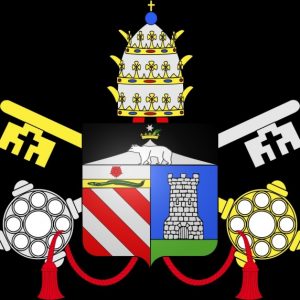 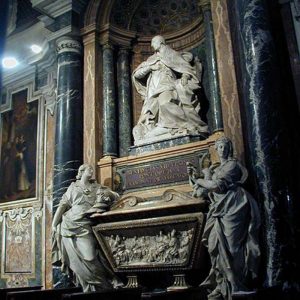 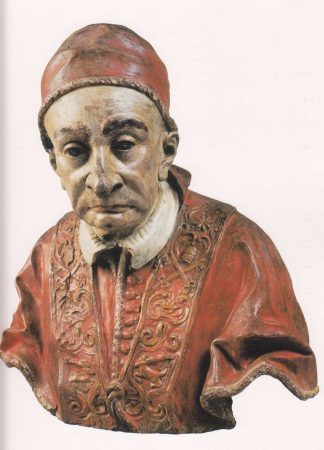