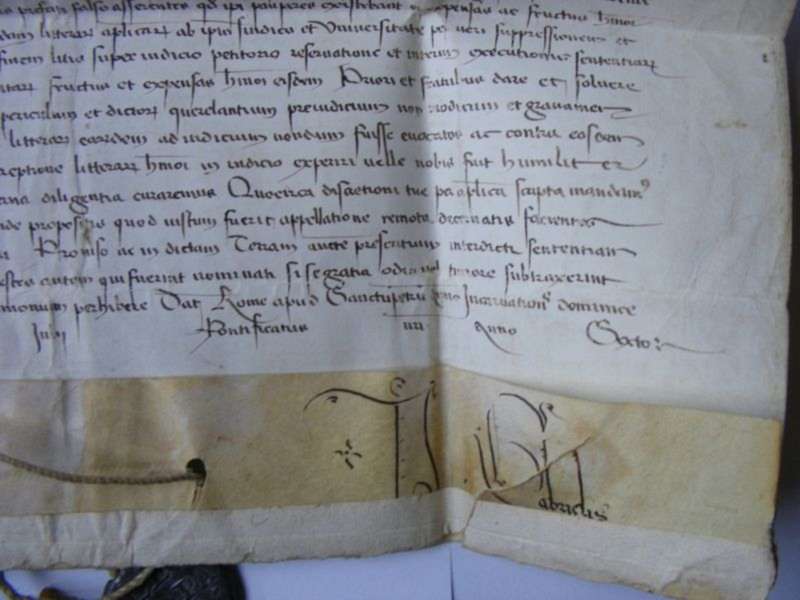 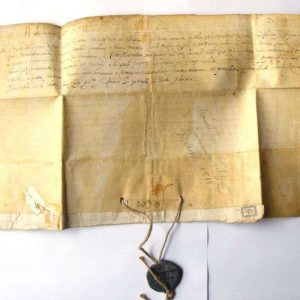 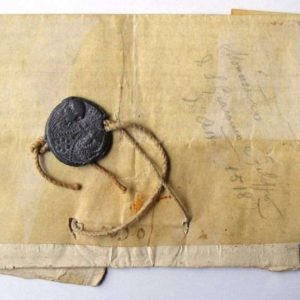 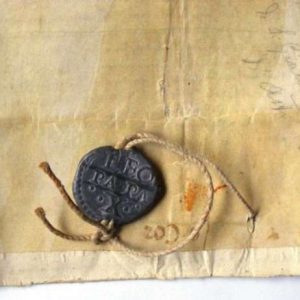 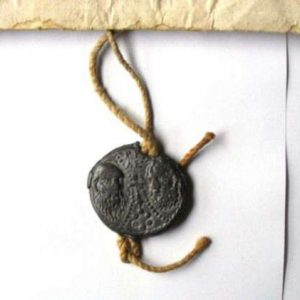 This particular bulla is an extremely rare and valuable artifact to have in the Collection, not only because of its age, but also because it was issued by the Medici Pope, Leo X, during an era that presaged the Protestant Reformation. In fact, this document was issued in 1517, the same year that Martin Luther drifted into open rebellion with the Catholic church and posted his 95 Theses on the door of the Wittenberg Cathedral on October 31st of that year.The actual bulla on this document, displaying Leo PAPA X, on one side, has the traditional image of Saints Peter & Paul on the other side with a variation on bullae: this one has the addition of the Medici symbol of five balls, which figure heavily in architecture in both Rome and in Florence, seat of the Medici family. Pope Leo X’s coat of arms also has that image and immediately identifies him as a Medici. According to Father Kunst, it is a design he has never seen on a bulla. 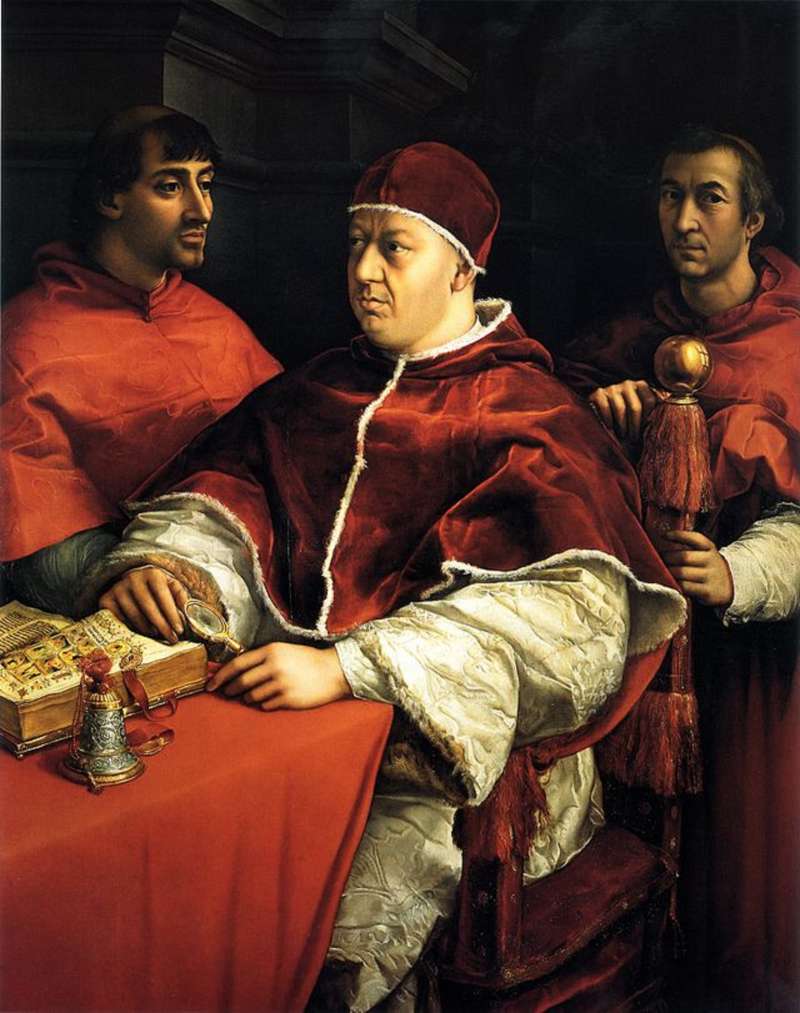 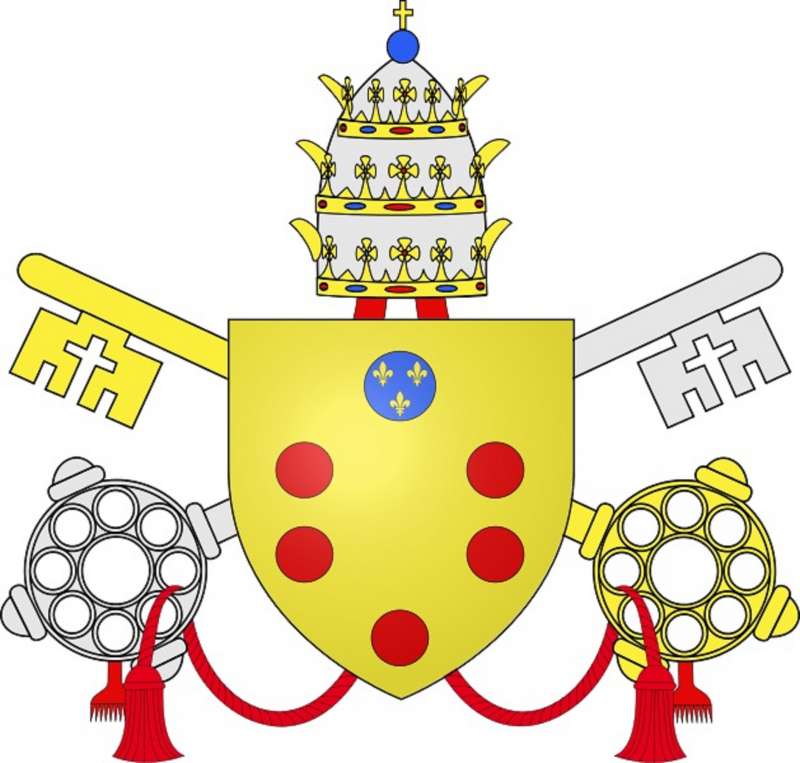 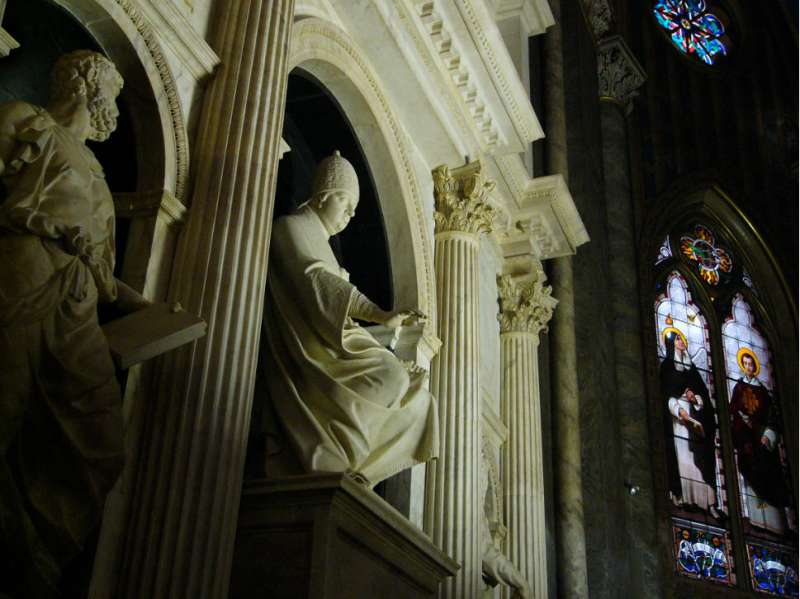 In order to understand the papacy of Pope Leo X, one must have some understanding of the family from which he came: the Medici of Florence. Giovanni de’ Medici was born at Florence in 1475, the son of the man known as Lorenzo the Magnificent. The boy was destined for the Church and tonsured at the young age of seven. A sidelight is he was raised with his cousin, Giulio, who was also destined for a career in the Church and even followed Giovanni’s papacy in 1523, becoming Pope Clement VII. The Medici family embraced Michelangelo in his youth, offering the young sculptor their home and all the amenities connected to it.