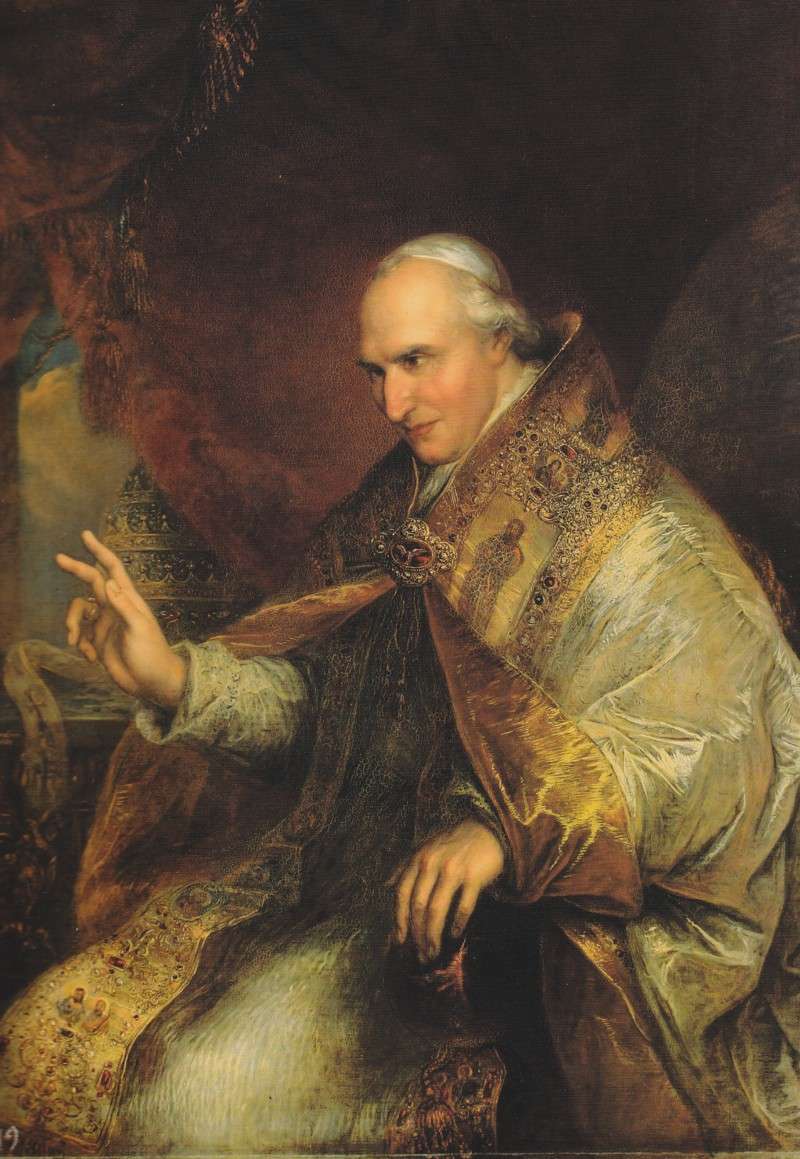 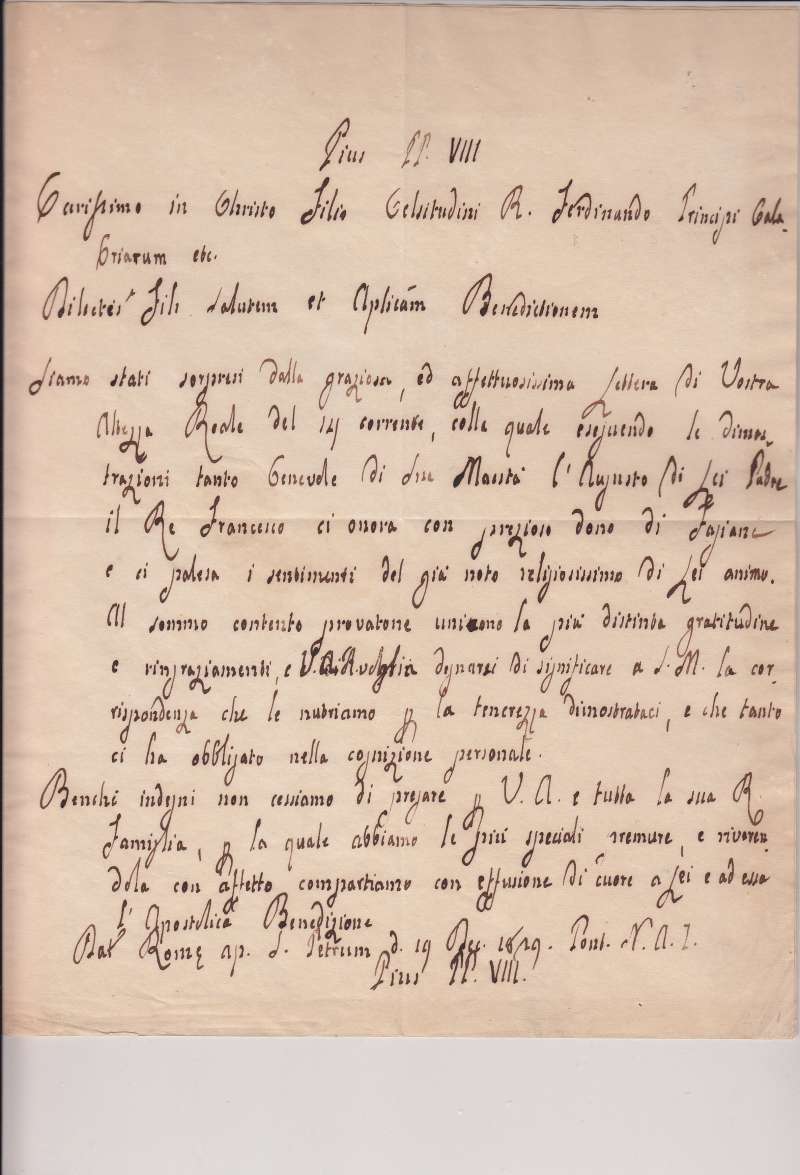 The artifact presented here is a letter written in his own hand and signed as Pope from the first year of his pontificate, December 19th, 1829.

The letter is somewhat rare, because, not only is it totally in his own hand, but also because he was pope for such a short time.

Pope Pius VIII chose his name in homage to Pius VII, whose policies he intended to follow. Even though his reign was short-lived, he achieved much with the help of his Secretary of State. He intended the main themes of his papacy to be a renewal of faith in Christian countries and an opposition to Indifferentism, freemasonry and other panaceas inimical to Christianity.

The Collection has five artifacts associated with Pope Pius VIII. 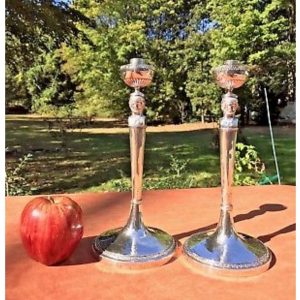 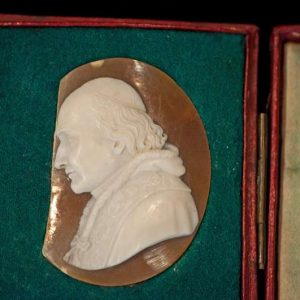 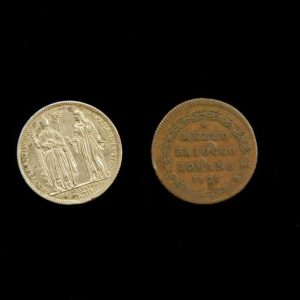 1 of 2 Coins from the Pontificate of Pius VIII 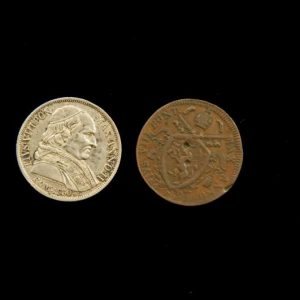 1 of 2 Coins From the Pontificate of Pius VIII 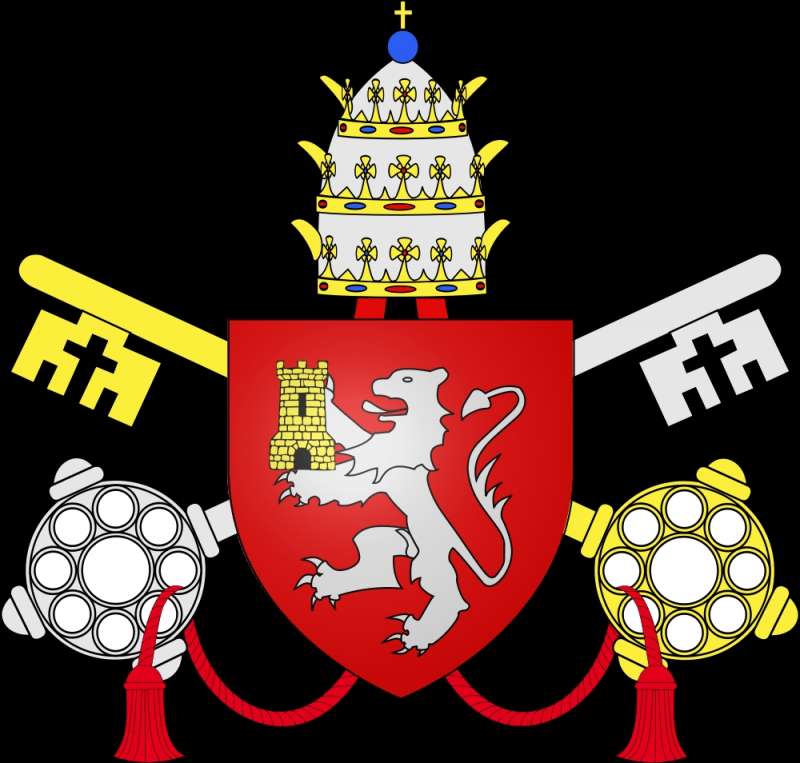 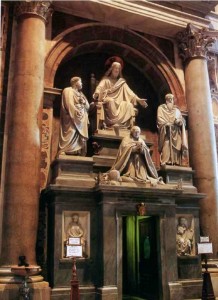