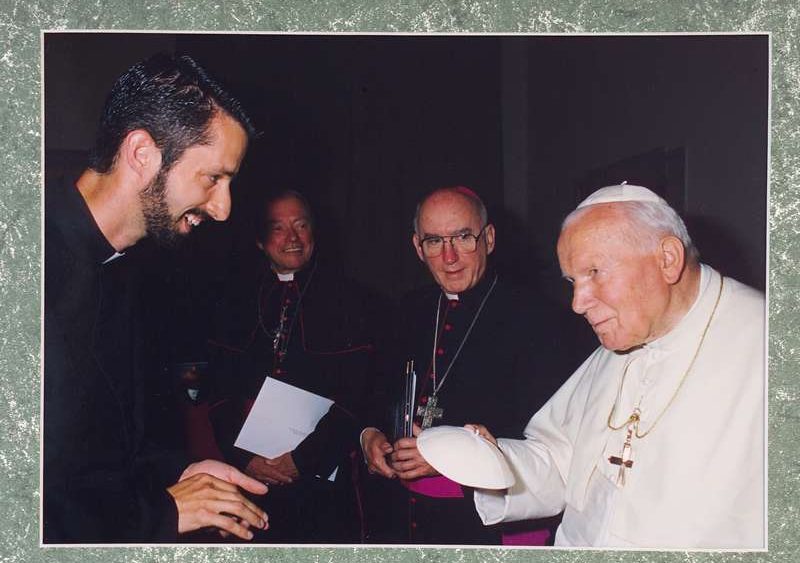 June 6, 1998: The Newly Ordained Fr. Richard Kunst Con-celebrates Mass with Pope John Paul II for the First of Three Times, Plus, “A Few Minutes with the Popes!” 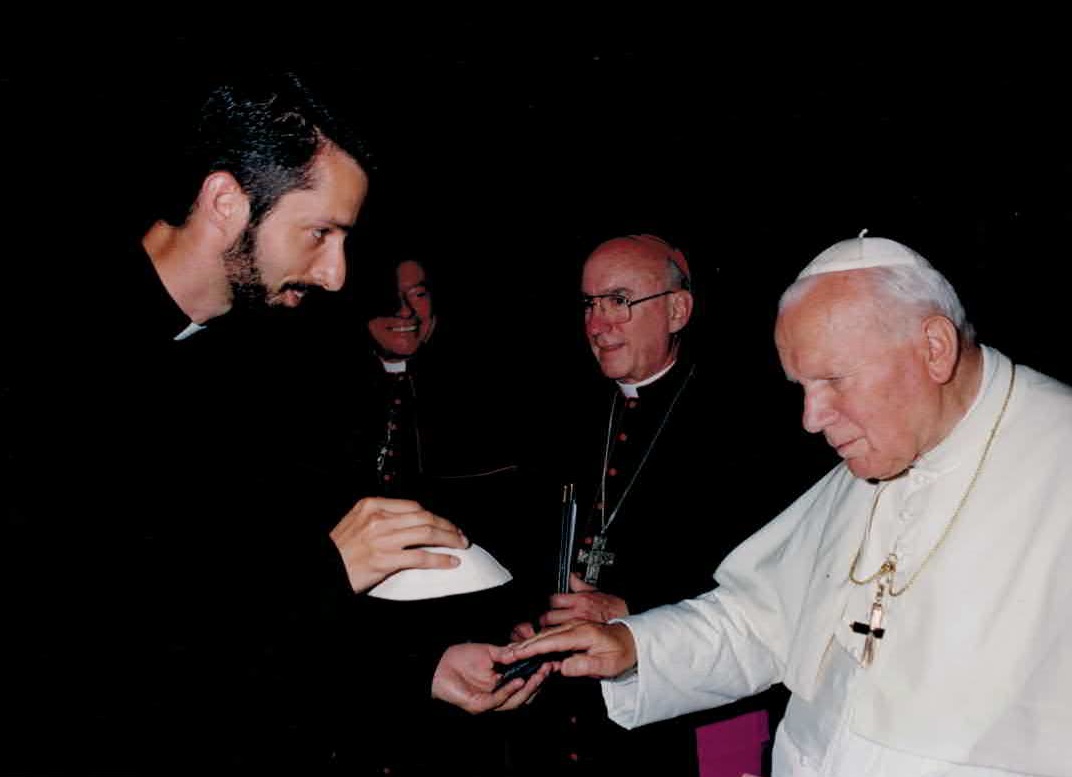 There are not many priests  who have the privilege of concelebrating Mass at the private chapel of the Pope exactly one week from their first Mass, but the newly ordained Father Richard Kunst received that honor.

It is an anniversary he still holds dear.  And it contains one of the best stories of his Collection: The procurement of Pope John Paul II’s zucchetto. 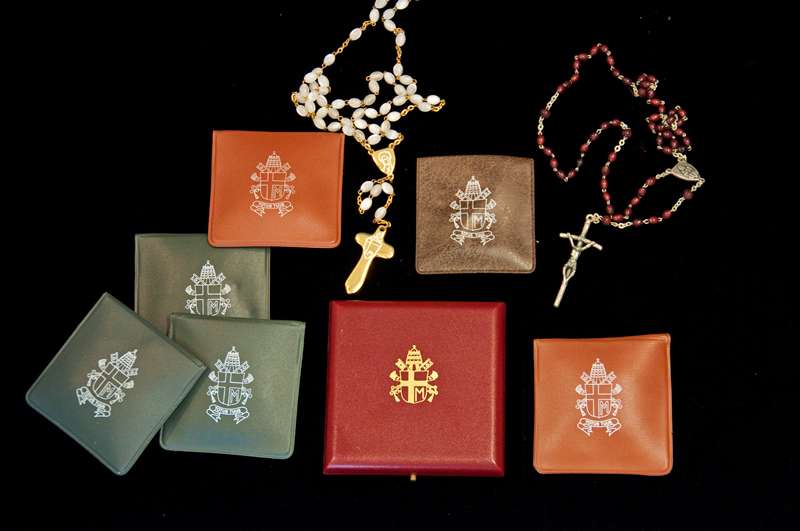 The items are seven rosaries, all gifts to Father Richard Kunst from Pope John Paul II. The Holy Father directly gave all but one to him.

The first was a gift from Bishop Robert Brom, former bishop of Duluth, who was given the rosary by Pope John Paul II on the occasion of his ad limina visit.

NOTE: In the photo above, you see Pope John Paul II handing Fr. Kunst one of the rosaries in the green cases.

A Few Minutes with the Popes: The Story of the Pope John Paul II Zucchetto
Fr. Richard Kunst, Curator

Father Kunst has many interesting stories to tell regarding his collection and this one is incomparable:

Eventually, the AP picked it up and this story was published in newspapers all over the country.   —Father Richard Kunst