Blog
Papal Artifacts / Father Richard Kunst / June 29, 1951: The Ordination of a Future Pope, & A Commentary by Our Curator
Jun 28 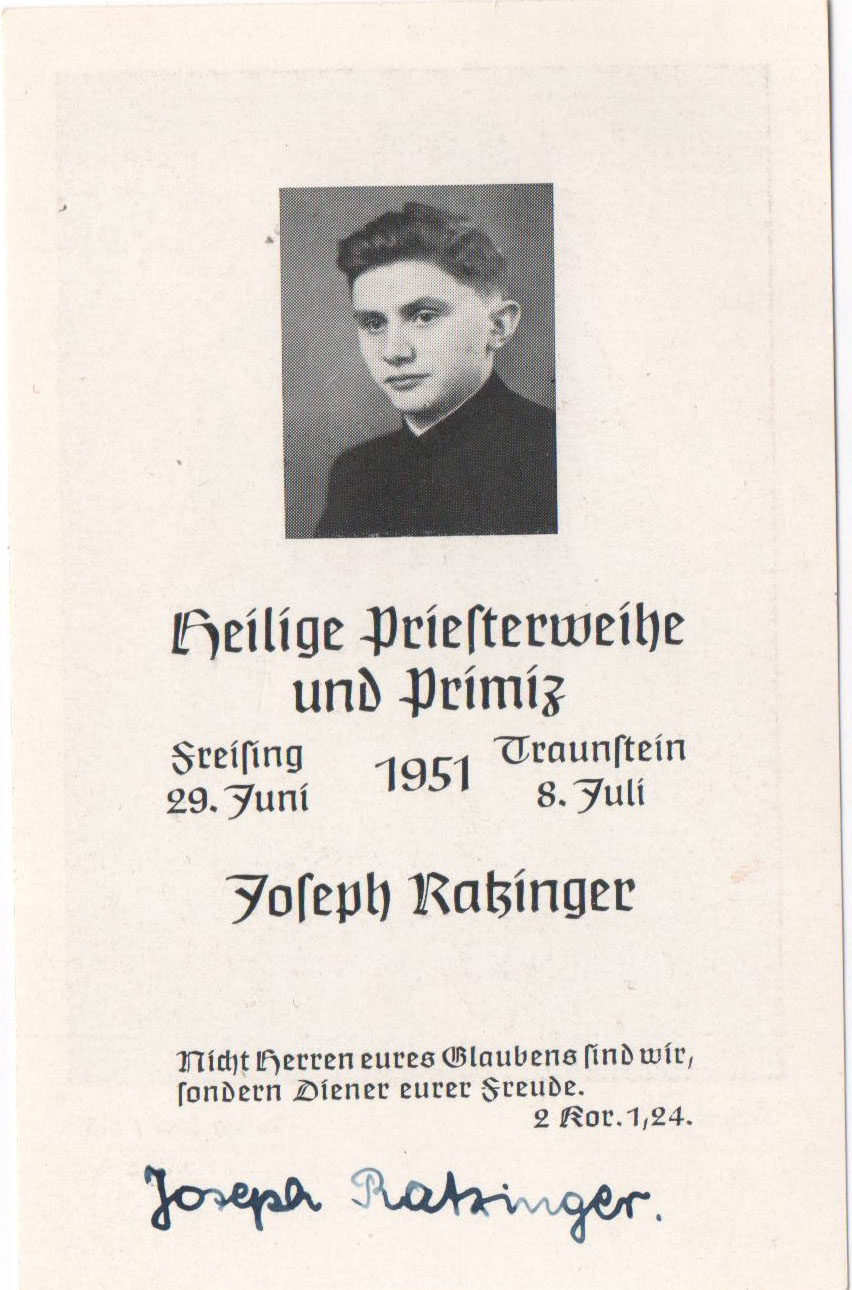 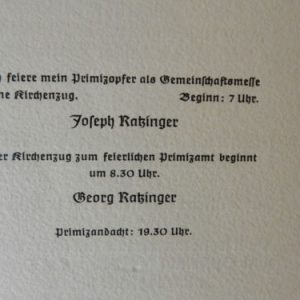 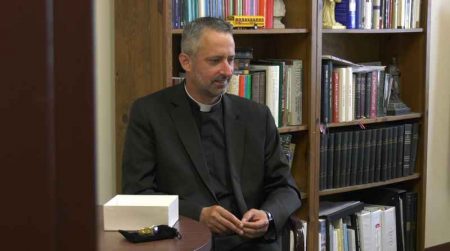 This item is actually a holy card that Pope Benedict XVI had printed for his ordination. Nearly all priests have their own cards printed to commemorate ordination, the most important event of a priest’s life. And this one was printed for Father Joseph Ratzinger who later became Pope Benedict XVI. It’s a great item to have because it dates back to the very beginning of the ministry of the man who was our Holy Father from 2005 until his resignation in 2012.

Another unique thing about Pope Benedict and his ordination is the fact that he was ordained with his older brother, Msgr. Georg Ratzinger, by Cardinal Michael von Faulhaber. This is something that my co-host, Father Ryan Morvatiz, relates to since he, too, has an older brother who is a priest, although they were not ordained together.

We honor Pope Benedict XVI as we remember the day of his ordination. 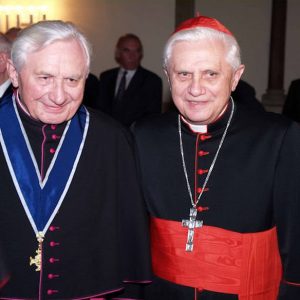 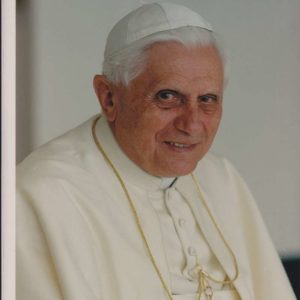 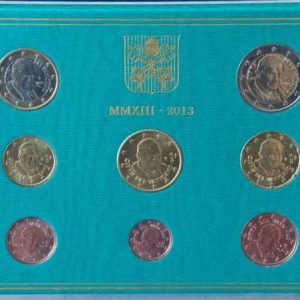