Some of the most intriguing stories and artifacts in this Collection   take place in the month of August.  We invite you to stay in touch to become acquainted with these wonderful pieces of papal history.

This postcard is dated 1903 just prior to the election of Giuseppe Sarto as pope. It shows the Papabili—the potential candidates. His image is on the bottom left-hand side. He is number 7.

Sarto, Rampolla and Svampa, as can be seen on the Papabili item, were all considered to be strong candidates at the 1903 Conclave. Papal Artifacts has just acquired an item connected to this conclave that proves the direction the cardinals desired to go in this election–until there was interference from a European power.

Giuseppe Sarto became Pope Pius X in 1903, but not before a Conclave that was of great historical importance. The Austro-Hungarian Emperor Franz Joseph, through power known as the Jus exclusivae, vetoed the leading candidate, Cardinal Mariano Rampolla.

This same power was attempted to be used by the same Empire in the 1846 election, but the cardinal the Emperor had entrusted to issue the veto arrived too late. The conclave was over and Giovanni Mastai-Ferretti, the man he was meant to veto, had already been elected: Pope Pius IX.

We will be continuing this story and will display the scrutiny sheet and a ballot from this election. It is one of the most historic items in the Collection. 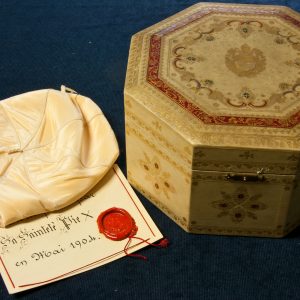 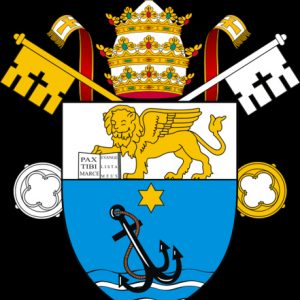 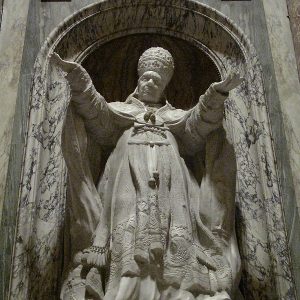