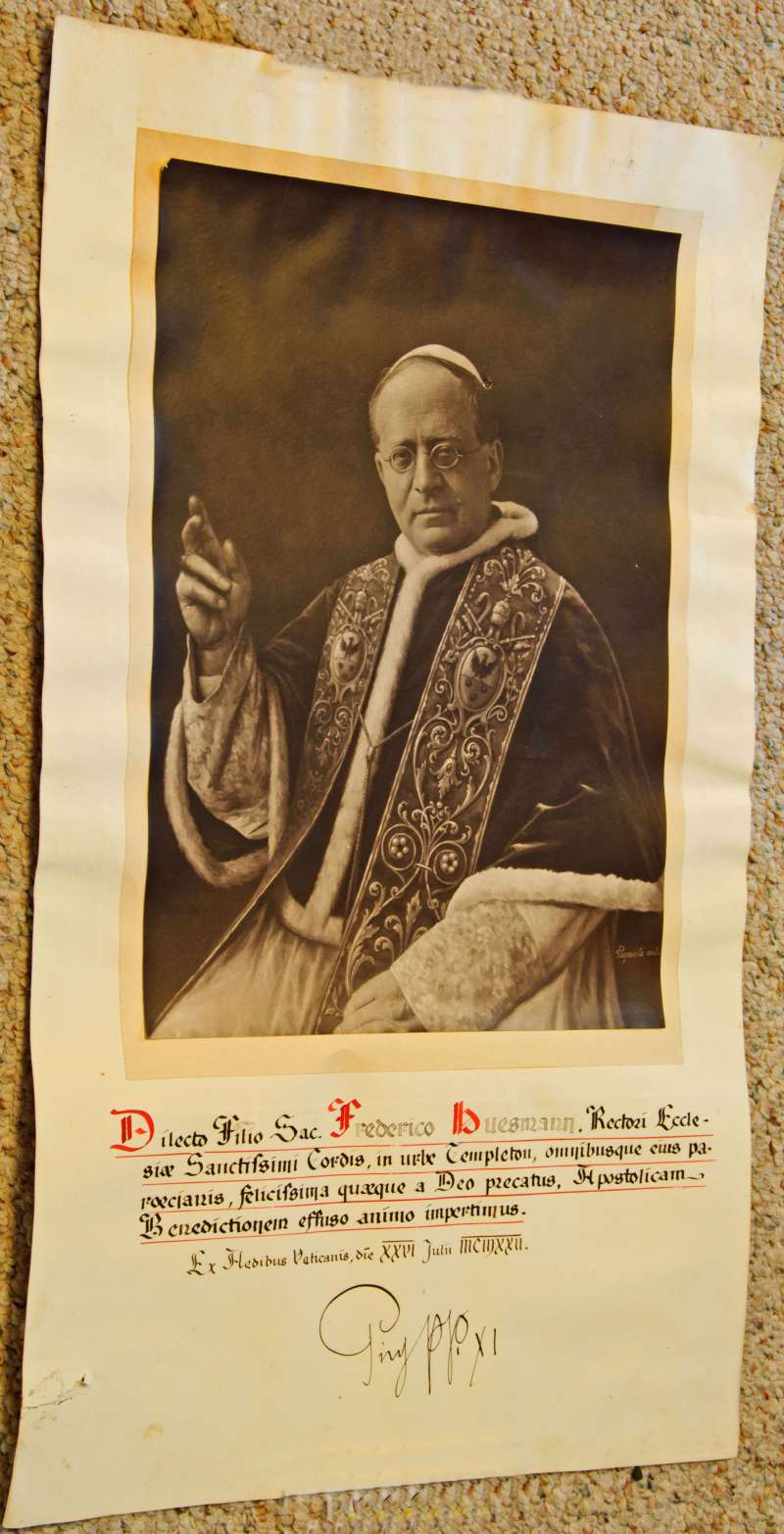 This item is a portrait of Pius XI giving a blessing.

The signed photo was a gift, to a Beloved Son, Frederico Buesmann, the Rector of Sacred Heart Church. The Pope imparts his Apostolic Blessing with all his love.

Pius rigorously opposed nationalism, racism and anti-Semitism.  Capitalism and communism always seemed to overshadow his equally harsh opposition to Nazism. Both he and his Secretary of State, Eugenio Pacelli, the future Pius XII, would face harsh criticism for their inability to clarify their positions convincingly.

Pius XI was considered to be an able and strident politician who could both smile and scream at dictators throughout the world but knew enough never to attempt a compromise with them. St. Peter’s Basilica.org says the following about Pius XI.

The author of thirty encyclicals, he shed light on the social and spiritual problems of his day and was characterized by his refusal to yield to the evils that threatened to overcome the world in which he lived. Instead he chose to rally the forces of good. 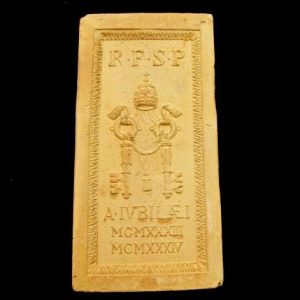 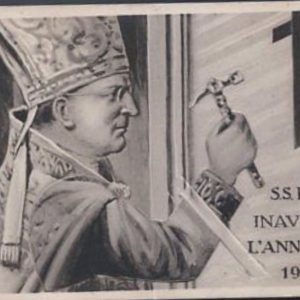 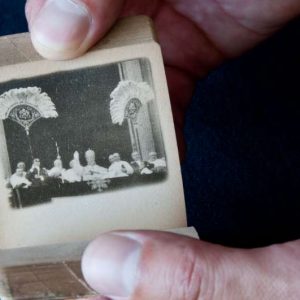 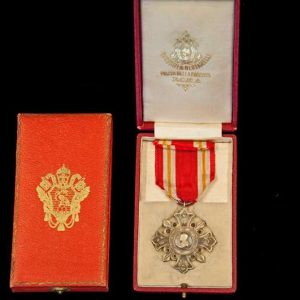 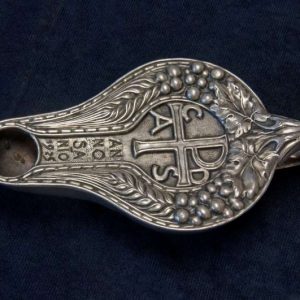 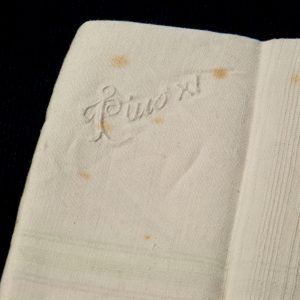 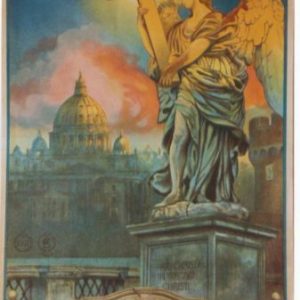 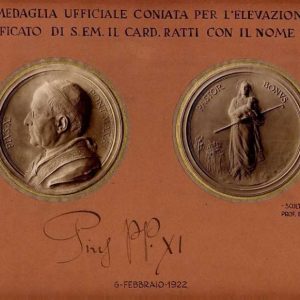 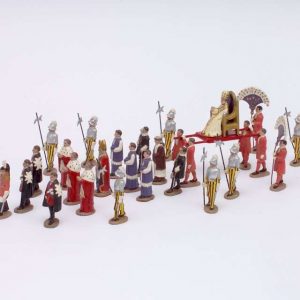 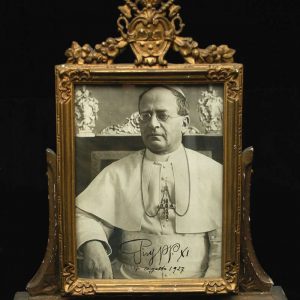 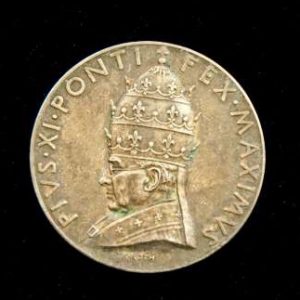 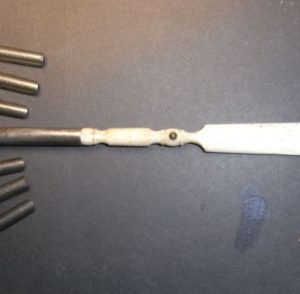