January 8, 1198: The Election of Pope Innocent III & A Story about Him 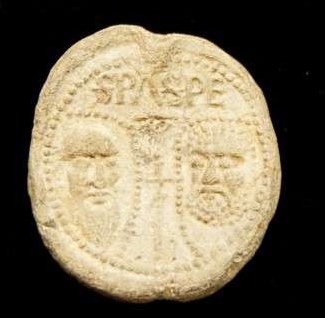 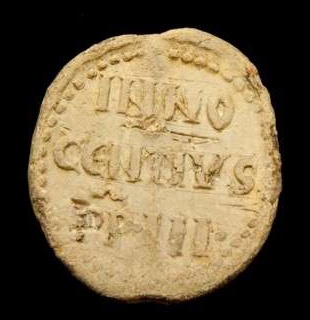 A Papal Bulla:  An artifact that is currently one of the oldest items in the Collection. It is the actual lead seal, the bulla from a document known as a  papal bull. The bulla acts as the signature of the pope.

Historically, Innocent III is the most politically powerful pope that ever lived, making this an especially fine item to have in this Collection.

Pope Innocent III is credited with establishing Italy’s “foundling wheel” at the Hospital of Santo Spirito, near the Vatican back in the 12th century.

Shocked by the numerous dead babies found floating in the Tiber river or caught in fishermen’s nets, Innocent based his idea on a practice in Marseilles, France.  There, desperate mothers could place their babies in a wooden wagon wheel, placed halfway inside the wall of a convent.  The parent would ring the convent bell, and slowly wheel their child into the convent.

The mothers could remain anonymous, as their babies were “wheeled” into the safety of convent care.

Papal Artifacts honors the memory of and gifts to our Church of Pope Innocent III.

Innocent III died in 1216 and was originally buried in Perugia. In 1891, Pope Leo XIII had his body transferred to the Basilica of St. John Lateran where it remains. 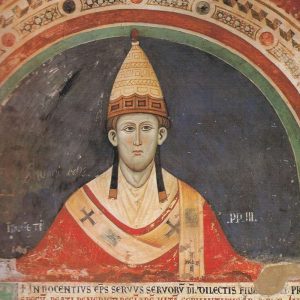 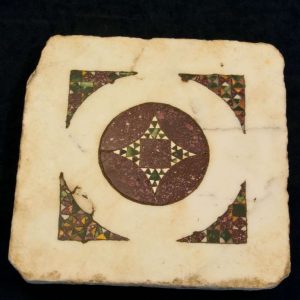 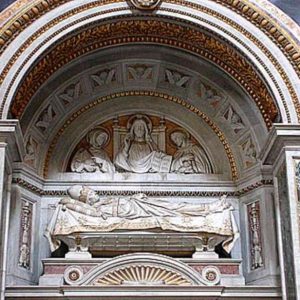 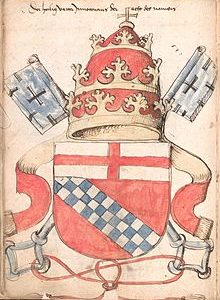