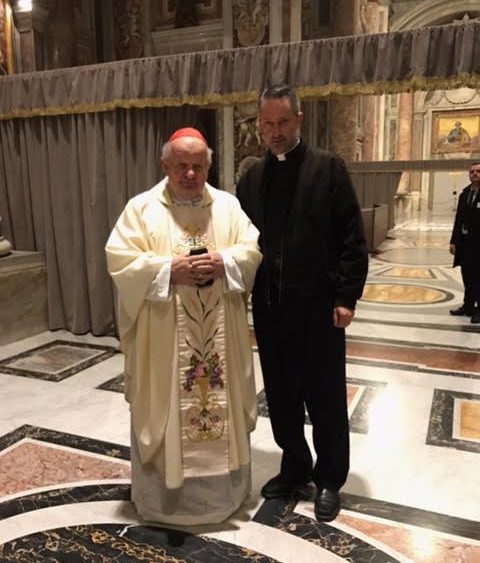 January 3, 2017: An Incredible Experience Awaited the Curator of Papal Artifacts! 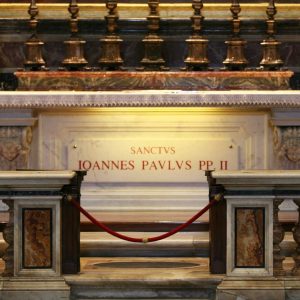 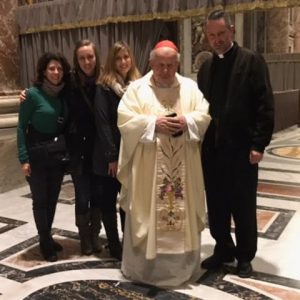 Papal Artifacts joined in the Curator’s joy in 2017 as he was able to attend Mass with the former secretary to Pope St. John Paul II, Cardinal Stanislaus Dziwisz who was presiding at his altar.

He was able  to have a conversation with him.

Fr. Kunst was the tour director of a small group of pilgrims who spent that week in Rome.  Truly this experience was a high light for all of them, and in particular for our Curator who was privileged to have had seven audiences with John Paul, many of which were attended by then Bishop Dziwisz because of his role as secretary.

The Cardinal, who retired on December 8 of 2016, was so cordial and hospitable to this group.

Papal Artifacts asks for blessings upon his retirement and continued best wishes for him. 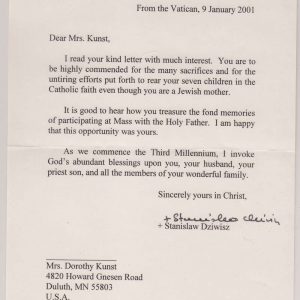 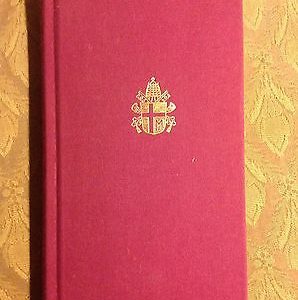 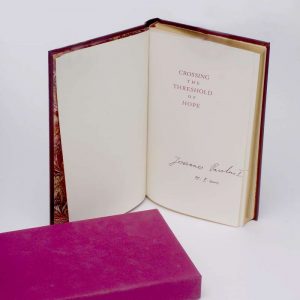 Other Encounters of the Curator with (then) Bishop Stanislaw Dziwisz

I was able to concelebrate Mass with Saint John Paul on a number of occasions. One of the times was in the year 2000, and my parents came to Rome with me, and again, we had Mass in the private chapel of John Paul. My Mother is Jewish, and I introduced her to John Paul II as my Jewish Mother.

And he said, “A Jewish Mother to a Catholic priest: beautiful!”

Afterwards, Bishop Dziwisz, who was the Pope’s secretary at the time, cornered my Mother and said, “Are you really Jewish?” And so they had a bit of a conversation, and after that, my Mom and Bishop Dziwisz started to correspond with one another.

So my mother was able to get this autographed copy of Crossing the Threshold of Hope from Bishop Dziwisz. Actually, she sent him the copy and asked if the Pope would sign it. So this is again, one of those things for me, personally, that transcends the notion of the Collection. It’s a very personal connection for me—you know, my Jewish Mother, corresponding with the Pope’s secretary, was able to get that for me.