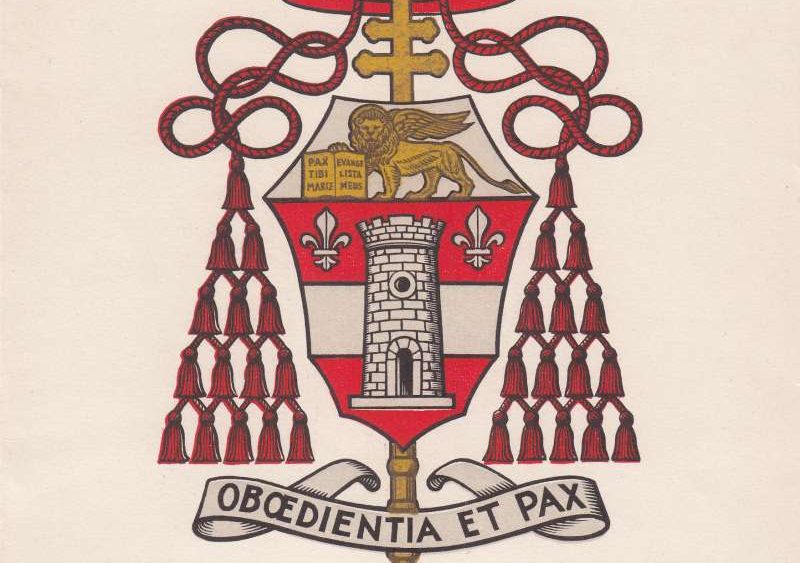 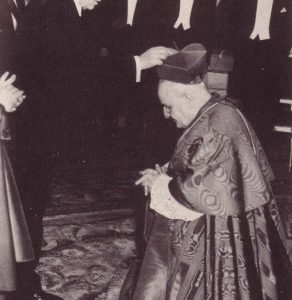 A Commentary on the Unique Elevation of Angelo Roncalli to the Cardinalate
Father Richard Kunst, Curator

John XXIII had his coat of arms put into the entry of Saint Peter’s Basilica, and there’s a great story connected to it: people complained that the lion was smiling. It was Giacomo Manzu who was the artist.  Manzu refused to remove his work until it was previewed by Pope John XXIII who, upon seeing it, is reported to have said, “I like happy lions.”  And so it is still there.

Manzu was a Communist who also did the Door of Death for John XXIII at Saint Peter’s—it’s one of the main doors in Saint Peter’s Basilica.  —Father Richard Kunst

In 1959 the recently elected Pope John XXIII received Vincent Auriol.  Here is a you-tube of that meeting. 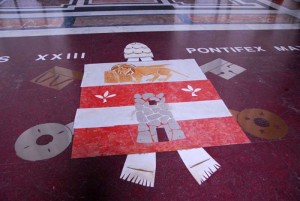 The Coat of Arms of Pope John XXIII Created by Giacomo Manzu in St. Peter's