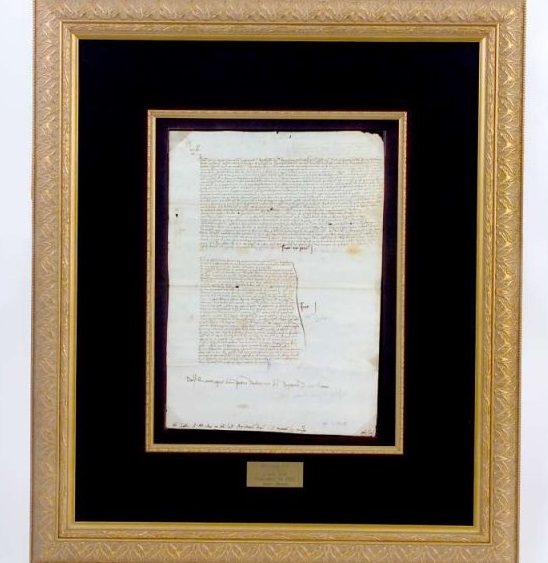 Highlighting 50 Artifacts in This Collection: #9, A Papal Fiat with Signature of Julius II

Father Kunst knows the history of this document from the time he acquired it: There are a lot of auction houses in Europe that sell old manuscripts, and that’s one way of acquiring them. How they get out, who knows. This particular one was written in response to a request and then sent back. So this didn’t come as if it had been leaked out of the Vatican. It was leaked out of some other organization that had the initial request. I got it from a dealer several years ago. It actually came with another item.