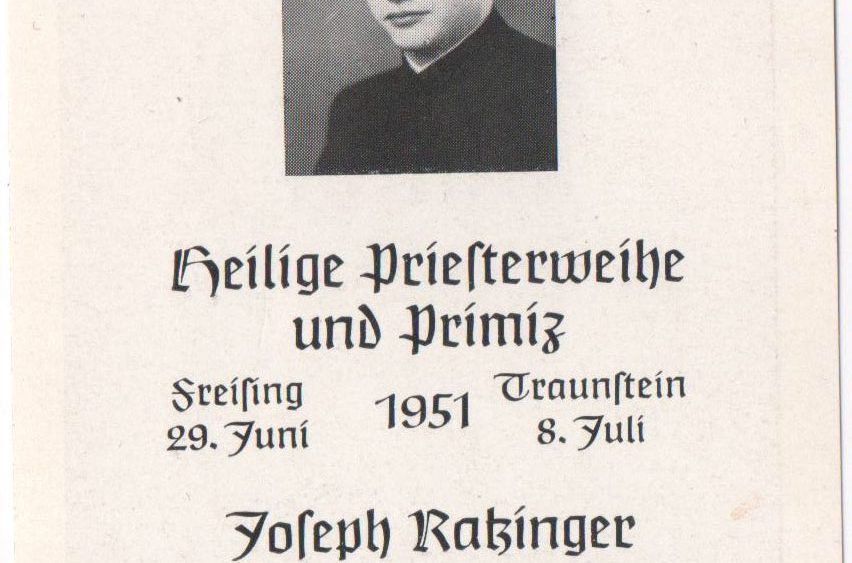 Highlighting 50 Artifacts in This Collection: #33, A Holy Card Commemorating the Ordination of Pope Benedict XVI, Signed

This item is actually a holy card that Pope Benedict XVI had printed for his ordination. Nearly all priests have their own cards printed to commemorate ordination, the most important event of a priest’s life. And this one was printed for Father Joseph Ratzinger who later became Pope Benedict XVI. It’s a great item to have because it dates back to the very beginning of the ministry of the man who was our Holy Father from 2005 until his resignation in 2012.  And what is of  greatest interest is the fact that it was signed by him at the time of his ordination.  And, not only did he sign his ordination card, but also, his brother, Georg, ordained with him, signed his as well.  So these are very nice additions to this Collection.

Benedict XVI has a picture of himself, too. The picture is rather unique in that most guys don’t have a photo on their cards. This makes it more interesting, I think, because you can see a very young Pope Benedict.  –Father Richard Kunst