Blog
Papal Artifacts / Father Richard Kunst / God’s ‘Time Warp’ Is another Way Prayer Is Never Wasted’: A Reflection on Prayer from the Curator
May 31 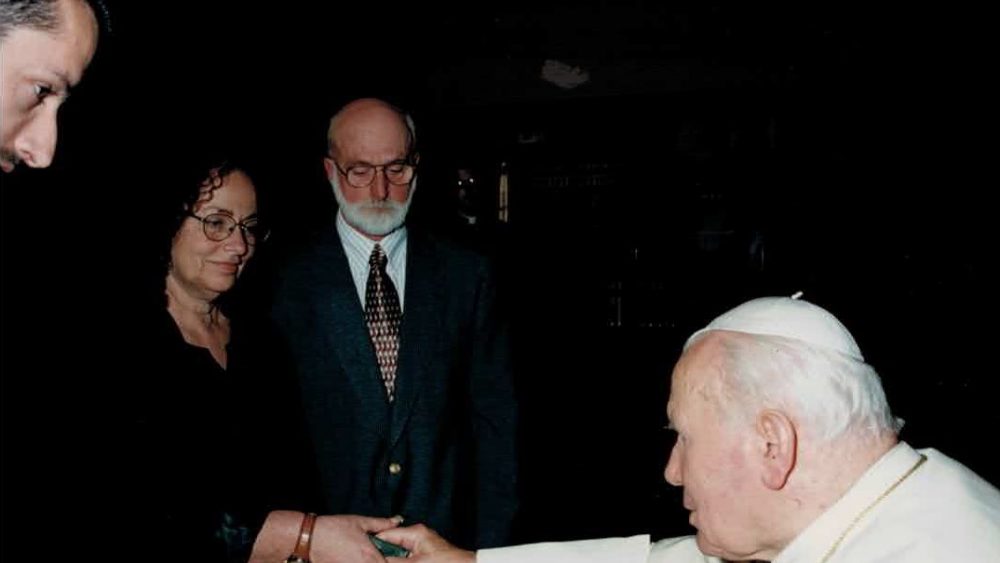 God’s ‘Time Warp’ Is another Way Prayer Is Never Wasted’: A Reflection on Prayer from the Curator

God’s ‘Time Warp’ Is another Way Prayer Is Never Wasted’

Throughout my childhood, I was always impressed by my father’s regular donation of blood.  Like clockwork, he had regular scheduled times during which he would go down to the “blood bank” and let them stick him with a needle to suck the blood out.

As you can probably tell, I have never had the courage to do that.  To this day my dad is a bigger man than me!  Needles and I do not get along.  I like blood in the body or in a chalice, and that is about it!

Part of the reason I respected my dad for donating his blood is that it was never an easy thing for him to do.  He would always ask for us kids to say a little prayer for him the day he had to go in, but there was one time in particular that became a lesson for me, an opportunity for my dad to catechize me in the theology of prayer.

I was in the fourth grade, and as usual dad asked me to say a prayer for him while I was in school. (It was legal back then, even in the public schools.)   But I forgot!  It bothered me more than I expected, so I had to “fess up” to my dad once I got home.

His response was a true epiphany for me.  He told me not to worry about it, and then he asked me to just say a prayer for him right then and there.  He still wanted me to pray that his donating blood would go smoothly even after he had already donated it.  I still remember exactly what he said: He told me that God is not in time but in eternity, so the chronology of our prayer has no bearing on God, since he is not sitting around waiting for us to pray.  God knew full well that I would pray for my dad as he gave blood, even if it was after the fact.

My dad’s words of wisdom have stuck with me ever since.

Now, in saying this, I am not suggesting you can pray for the repose of the soul of someone who is still alive, as tempting as that may be.  But in instances such as the example of my father donating blood, praying “out of sequence” can be OK, especially if it was unintentional.

There is a bigger picture here than chronology of prayer.  At the end of last month’s column, when I wrote about Memorial Day, I mentioned that God in his divine wisdom never lets any prayer go to waste.  This is true even when it comes to sill prayers that a child may make, or unrealistic prayers that anyone else may make.  All prayer has value, no matter what that prayer looks like.

God wants us to pray, not for his benefit but for ours.  Our prayers will not help God one iota.  It will not make him any more glorious on his heavenly throne.  Again, God knows what we will pray for even before we are born.  Our prayer is not informing him of anything, because he is omniscient.  Prayer is for our benefit.

So even if a little child is praying to God for his or her dead goldfish, that prayer is important, because among other things it makes the child rely more on God.  Even with a silly prayer, a person is turning to God and strengthening their relationship with him.  Same too for the adult who may pray to win the lottery.  That’s a misguided prayer, to say the least, but it is not a wasted prayer if the person is sincere in the petition.

Science backs this up.

More than a few studies have examined how prayer affects people’s healing process.  People of faith are known to heal quicker and better than people who do not pray.  In all things, prayer is good for us.  Never, ever think it is a waste of time, even if by accident you pray out of “sequence.”