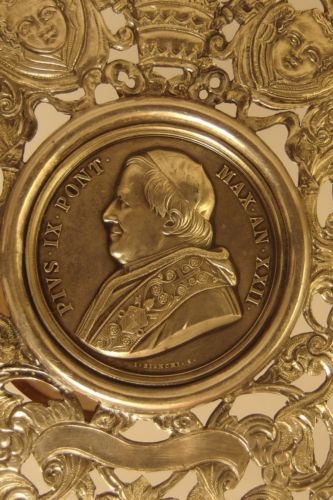 From Rome Reports: A Story about Pope Pius IX & the New Railway Cars 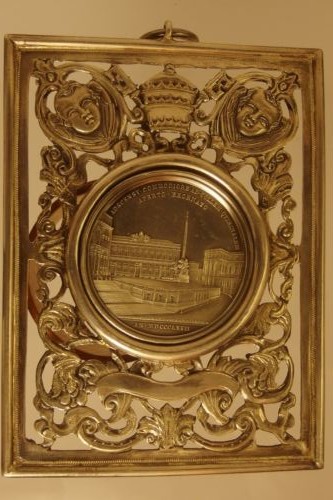 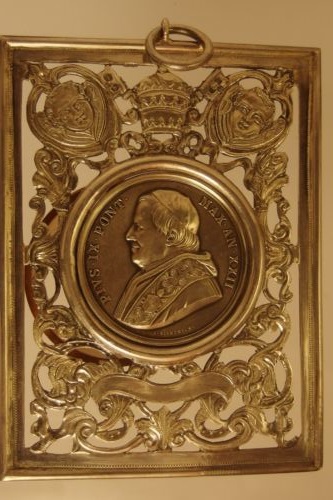 In a time when trains were just becoming popular, it’s not hard to imagine the late Pope Pius IX traveling in these carriages throughout Italy in the mid-1800s.

It was during his time as pope, from 1846-1878 that he began the idea and construction of a new railway line to connect Italy to the rest of Europe. These railway cars were given to the pope as a gift, and in 1859 he used them for the first time to travel from the Porta Maggiore train station to Albano, near Castel Gandolfo.

“They are basic three carriages from the first train built in 1858 for Pope Pius IX, who understood from the beginning what the potentials of the railway were to make all the places and all corners of the papal state easily accessible.”

The train is dripping with history, from the papal coat of arms on the exterior of the train to the curtains and furniture within. Each carriage has a unique function and served Pius IX in a particular way.

For example, this car with the open windows was used when he delivered his blessing to the people. The enclosed one was used for meetings with his collaborators during his trips and even included a chapel, which was quite sophisticated and technologically advanced for the time. Now, it remains housed in the Central Montemartini Capitoline Museum in Rome.

“This is the first industrial archaeological museum in the world. It was opened in 1997. It is the first museum to house a train inside. It was a technical intervention, a very complicated one that required much attention to detail.”

After the conquest of the Papal States by Italy 1870, the train was hidden until the anniversary of Italian unity, when it was on display in Castel Sant’Angelo in 1911. Thus, this is the recovery of an important memory of a railway that went smoothly for many years and the pope who was behind it all.