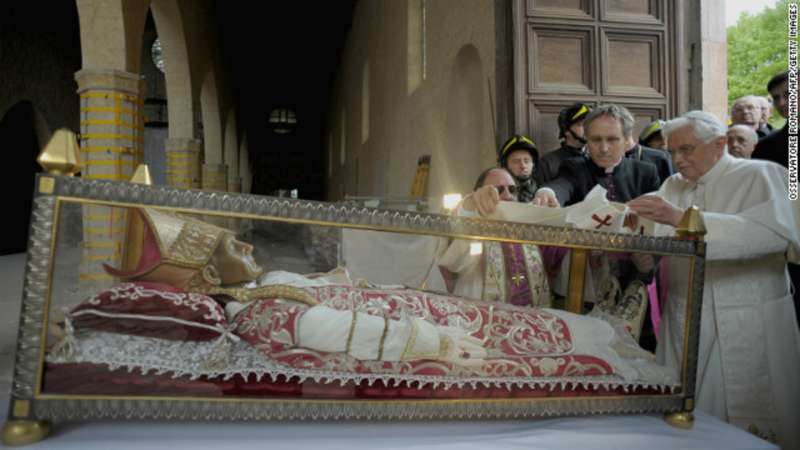 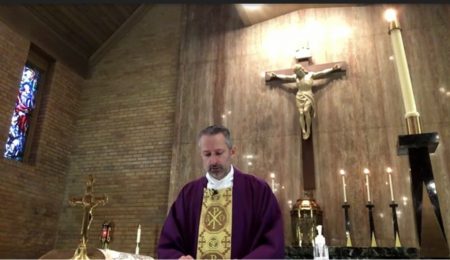 I’m going to tell a story—a true story—in order to give you an appreciation of the magnitude and significance of what we are watching happen in Rome in the last few days.  And, hopefully, give you an understanding of why I love Church history so much.

I’m going to tell you about the last time a pope willingly resigned.  It started in the year 1292.  We’re talking about 200 years before the discovery of the New World.  The pope at the time was a man by the name of Nicholas IV.  Nicholas died on April 4, 1292 at the age of 65, which at the time was old.  After he died, the cardinals got together—there were only eleven of them.  Today we have 203.  The cardinals got together, and they could not decide among themselves which one of them should be the new pope.  They couldn’t decide to such a degree that the conclave lasted over two years!  Imagine not having a pope for over two years!  The people at that time were getting very frustrated, obviously.  The bishops and the laity were upset; the leaders of nations were upset, because at that time the pope was the strongest political force on the planet.

There was a hermit priest at the time by the name of Father Peter Murrone who lived literally at the top of a mountain.  He lived totally alone, probably ate bugs and was a very holy man who wanted to get away from everything.  And he was in his eighties at the time: ancient by their standards.

So, about 2 ½ years into this conclave, when the cardinals had not elected a pope, Father Peter Murrone wrote all eleven of them a letter.  A very poor man, this was very uncharacteristic of him, and this is what he said: (now I’m paraphrasing), “You stupid idiots!  You have one job, and that is to elect a pope, and you can’t do it?  How incompetent are you?  Don’t you know that the Church needs a Holy Father?  The church needs a leader.  Don’t you realize that you are risking your own damnation by failing to do what you are supposed to do?”

Now each of the cardinals got this letter.  They decided they’d take another crack at the conclave to elect a pope.  Still they could not decide which of them should be the pope.  So they decided unanimously to elect Father Peter Murrone.  The 80-plus-year-old hermit, living on the mountain, eating bugs, emaciated, living in tattered clothes, probably extremely skinny, and completely out of the world for many, many years.  We can imagine what was going through the mind of Father Peter Murrone when four cardinals, in all their regalia, literally climbed the mountain, and when he came out and saw them they knelt before him and kissed his hand: “You’re the new pope.”

This is what he said at that precise moment: “Who am I to take on such a heavy burden?  So much power!  I cannot save myself; how can I the world?”  But he accepted the election and took the name Celestine V.

Five and a half months into his pontificate he became overwhelmed.  And he realized he was in over his head.  So, he resigned.  Five and a half months only.  The cardinals got back together, and this time it only took them eleven days to select a new pope.  The new pope took the name of Boniface VIII.  As soon as Boniface was elected he realized there was a problem: there can’t be two popes, only one.  So fearing that his enemies would go and take back Celestine V and prop him up, saying, “Here’s the real Pope,”—fearing this, Boniface sent his “policemen” and dragged him down the mountain and imprisoned him in such harsh conditions that he soon died. Pope Boniface VIII is credited with the death of his predecessor, Celestine V.

24 years after that?  Celestine V was canonized.

In the sanctuary this morning we have in a very fancy reliquary, a relic of Pope Saint Celestine V: a small swath of his clothing, which he was wearing when he found out he was elected.  You may pray and venerate this relic after Mass—a very important one dating back over 800 years.

Those of us who have watched this closely, though, with the hindsight of 20/20, should have figured this out: Pope Benedict XVI went twice to the small northern town of L’Aquila to visit the tomb of St. Celestine V.  Twice.  The first time, you know what he did?  One of the signs of the authority of the pope is a stole of sorts—a pallium, which is like a woolen scarf.  The first time he went he took his pallium and laid it on the tomb of Celestine V.  We should have figured it out.

This is fascinating stuff!  And, as I’ve said so many times, the more we learn about our history and our faith, the more we can appreciate it.  Just knowing this little bit of information about Celestine V, the last pope to willingly resign his office, puts into perspective what we are all watching today. 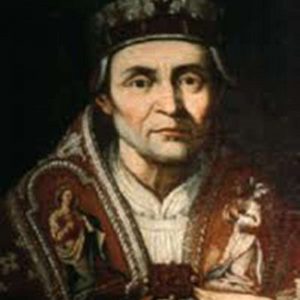 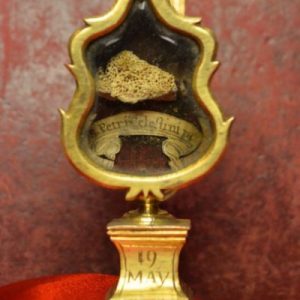 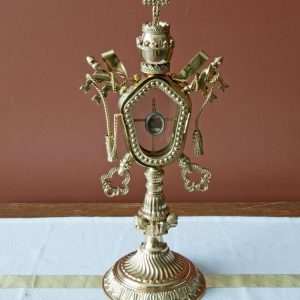 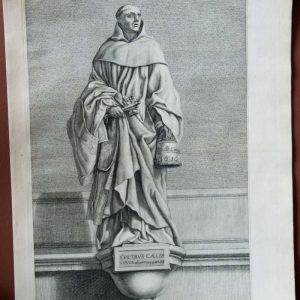 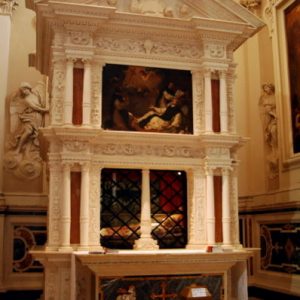