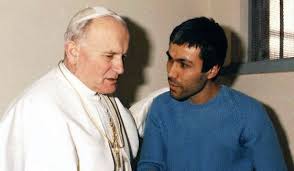 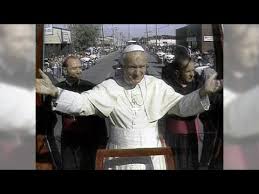 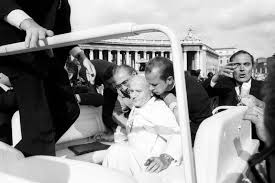 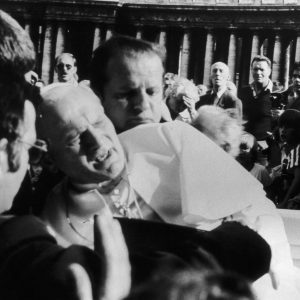 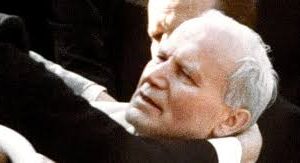 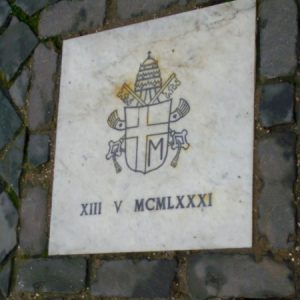 April 3, 2005 — — At the heart of all Christian doctrine is the concept of forgiveness, and Pope John Paul II made that concept one of the most impressive aspects of his legacy, both in the way he sought forgiveness and in the way he practiced it himself.

“The call as a Christian, it’s like Jesus from the cross saying ‘Father, forgive them for they know not what they do,'” said the Rev. Thomas Reese, author of “Inside the Vatican.” “If we’re supposed to follow in the footsteps of Jesus, we have to do that and forgive our enemies, [to] forgive people who hate us and try and harm us. That’s pretty tough to do, but when you’re Pope, you’ve got to do tough things.”

Vatican scholars say one of the hallmarks of Pope John Paul II’s pontificate was his work toward both giving and seeking forgiveness.

Five years ago, on the 2,000th anniversary of the birth of Christ, John Paul did something no pope had ever done before, admitting the church’s mistakes throughout history.

“One of the most important things he did in his pontificate was to hold this service of forgiveness,” said the Rev. Richard McBrien, a Notre Dame theology professor and author of “Lives of the Popes.” “In this case, it was the church asking forgiveness, acknowledging its sins against various peoples and groups and then asking their forgiveness.”

The pope was apologizing for Catholic sins that ranged back through the decades and the centuries.

“He apologized to the Jewish community, to the Muslim community, to the scientific community for Galileo,” Reese said. “He felt this was an important part of what we should be about. And he called on people and even nations to be forgiving in their relations with one another.”

He knew his history, and he believed that the Crusades were an abomination in which many Catholics in Europe used the excuse of religion to invade the Middle East and to brutally slaughter Muslims and Jews.

But it was not just wrongdoing from centuries back in church history that he acknowledged. John Paul also felt the need to seek forgiveness for things he’d seen firsthand.

“He had witnessed the horrors that Catholics had committed in anti-Semitism, not only in Poland but throughout Europe in World War II,” said ABC News Vatican correspondent Bill Blakemore, who covered Pope John Paul II during his entire 26-year papacy. “He had gone to Rome so he had seen Pius XII. That was the first pope he saw in the flesh.”

Newsreels from the period showed Pope Pius XII supporting American troops and their allies, but the church had been silent when it came to condemning the Holocaust.

“Whatever the criticisms were of Pius XII, about him not having spoken out enough and soon enough, John Paul made sure that he was not going to be guilty of that,” Blakemore said. “He was also very forward thinking, trying to do what he can to lay the groundwork of peace in a quickly shrinking global village in which the religions would have to figure out how to live in peace together.”

On behalf of the world’s 1 billion Roman Catholics, John Paul II had often asked for forgiveness. In an extraordinary personal example, he proved he was also able to give it.

In May 1981, when John Paul went out to meet the people, as he so often did, the adoring crowd in St. Peter’s Square contained a man with a gun.

Mehmet Ali Agca, an escaped convict from Turkey, shot the pope twice in the abdomen.

“The assassination attempt on the pope really shocked everybody in the world,” Reese said. “And clearly it had an impact on him. He saw himself as really under God’s protection. He could have been dead, but God wanted him to do some more. God had some more work for him to do.”

Two years later, it seems one of the things the pope thought God wanted him to do was forgive the man who shot him.

The pope visited Ali Agca in prison, and did just that.

“His attempted assassin was a Muslim, and so he reached out to someone of another religious faith in a long pontificate,” McBrien said. “He did a lot of things. But I think that’s one of the highlights — I mean, to be able to reach out to the person who tried to kill you.”

Forgiving your enemies is on of the central teachings of Jesus. The pope embodied and personified something that utterly central to what Christianity is supposed to be, he said.

“It’s a model for everybody,” McBrien said. “There’s no question about that.”