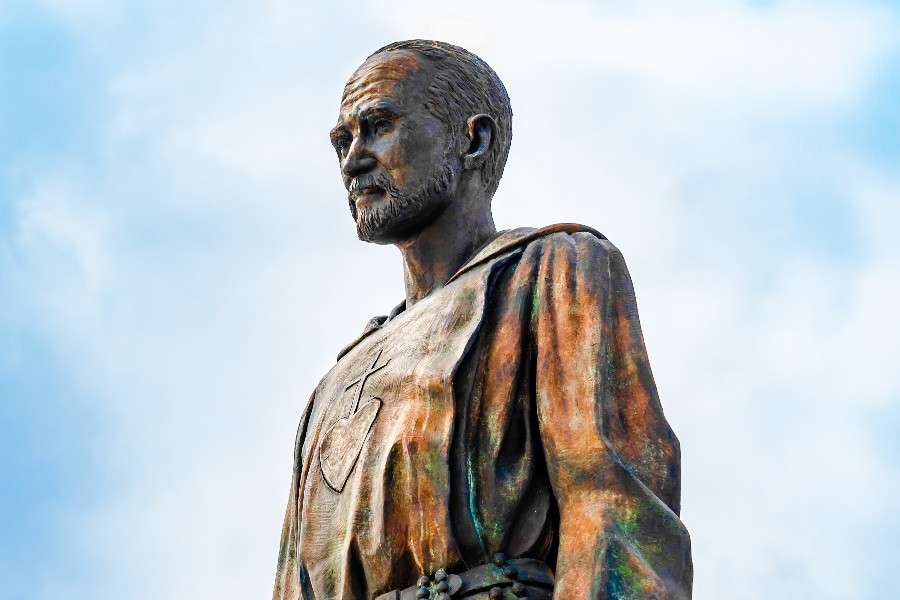 Blessed Charles de Foucauld is one of them.  Since he is soon to be canonized, the letter, hand-written by him, takes on an even greater significance. 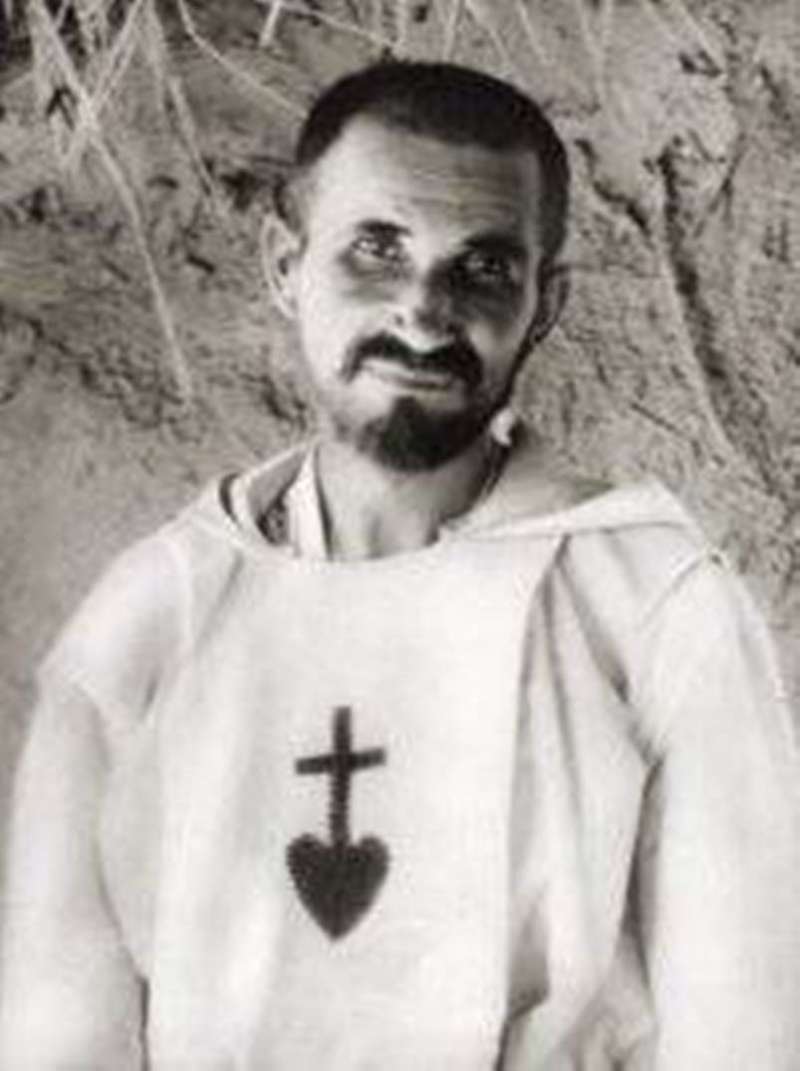 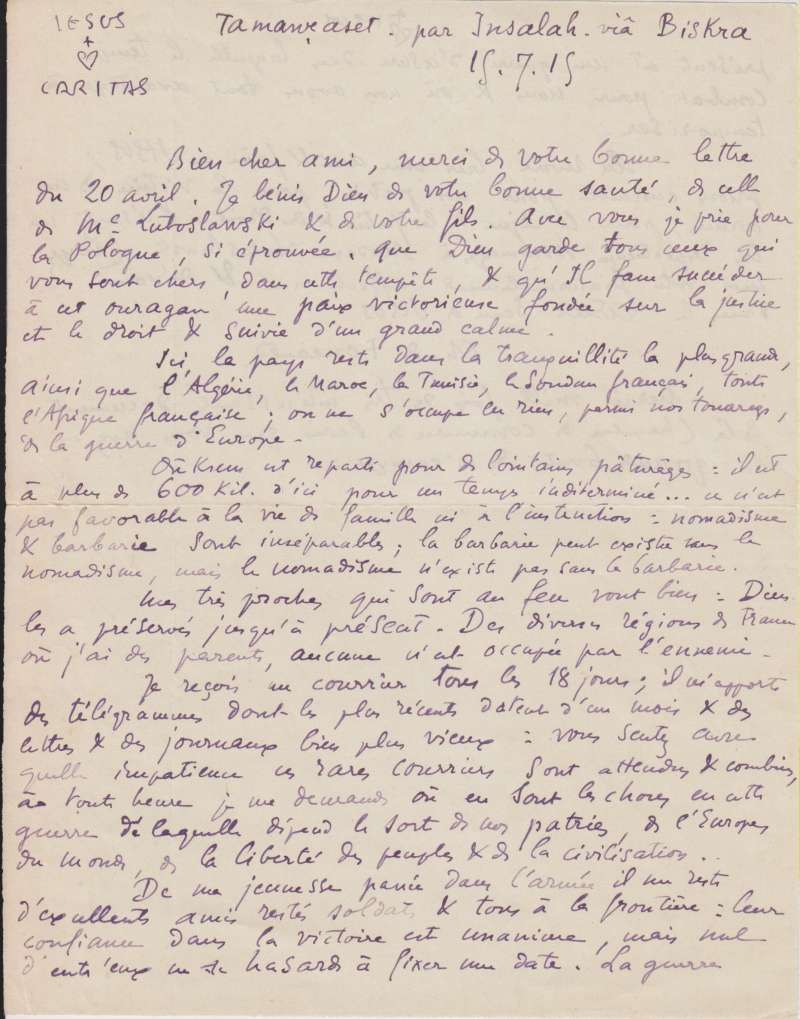 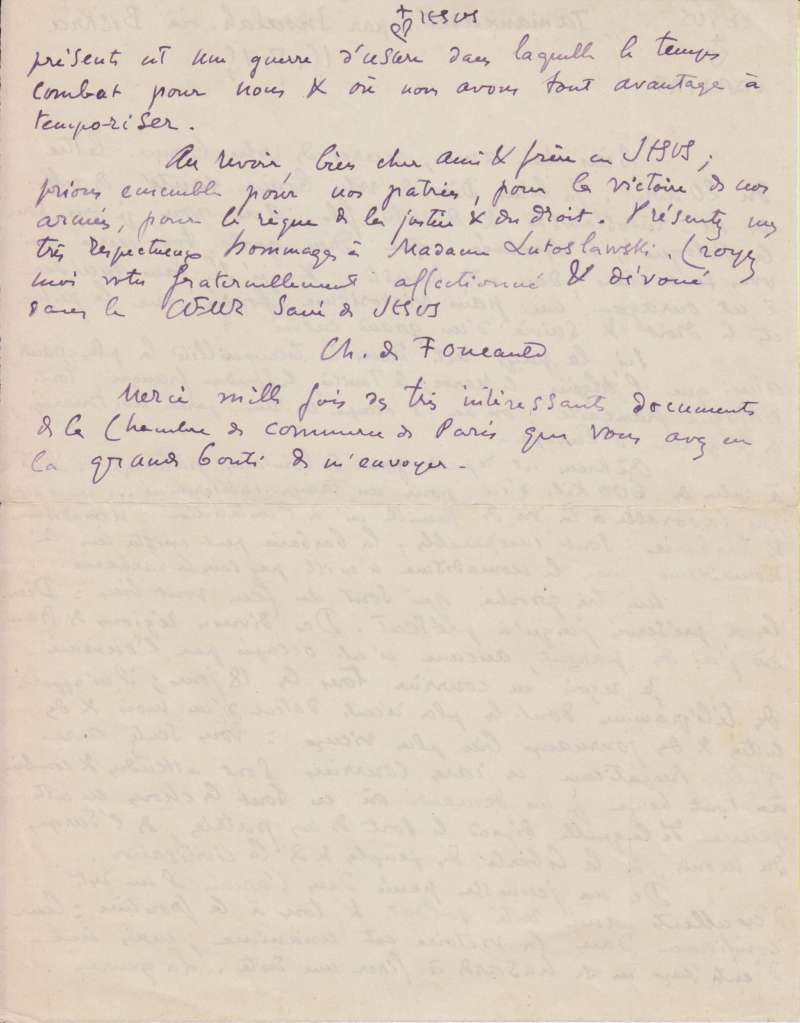 The artifact presented here is a letter, written entirely in his own hand, of Blessed Charles de Foucauld on July 15, 1915. Papal Artifacts is grateful to Dr. Jennifer Walski of Bordeaux, France, for her generosity in the translation of this signed letter of Charles de Foucauld.

No matter what is encountered, it is Jesus in every situation. –Blessed Charles de Foucauld.

The Church has not placed patriotism on the list of virtues that engender sanctity. That is, in fact, what holds back the canonization of Father de Foucauld, in spite of the abundance of his spiritual harvest and the impressive number of souls who were inspired by him. Was he the saint of the desert whose conversion and spirituality we so admire, or in part, a supernumerary agent of French domination in Africa? Was he killed for his faith, and only for his faith.

The Church puts mystics under observation and willingly sends the military to join them, be they heroes or not, in active service or reserves.

Charles was orphaned at the age of six. He was a Trappist in three different monasteries, a Franciscan tertiary, a hermit who could not stay in one hermitage, a founder of a religious order which no one of his day would join, a priest without a parish. Charles became the Christ to nomadic and marginal peoples in the Sahara. An explorer and a writer, he served with great dedication and discipline as a soldier in the military.

Blessed Charles was murdered at the hands of tribal raiders. Pope Benedict XVI beatified him on November 13, 2005. His feast is celebrated on December 1.

We remember and honor Blessed Charles de Foucald for the gift of his life to our Church.

Translation of this signed letter of Blessed Charles de Foucauld:

Here the country is experiencing great tranquillity, as is Algeria, Morocco, Tunisia, the French Soudan, and all of French Africa. We are far removed here among the Touaregs from the war in Europe.

Ouksem (a Touareg friend of Foucauld) has left for far-off pastures. He is at more than 600 kilometers from here for an undetermined length of time…this is neither favourable to family life nor to instruction. Nomadism and barbarity are inseparable; barbarity can exist without nomadism, but nomadism does not exist without barbarity.

My close family (and friends), who are in action (in the war) are well. God has kept them from harm for the present. Of the various regions of France where I have relatives, none is occupied by the enemy.

I receive mail every 18 days, which brings telegrams, the most recent of which dates from a month ago, and letters and newspapers much older. You can understand with what impatience I await these rare arrivals and how at every hour I wonder how everything is going in this war, on which the fate of our countries, Europe, the world, the freedom of peoples and civilization depends.

From my younger days spent in the army, I still have close friends who have remained soldiers and who are all at the front. Their confidence in victory is unanimous, but not one among them will hazard a guess at a date. This war is a war of attrition, in which time is on our side and where it is to our advantage to play for time.

Goodbye for now, dear friend and brother in Christ. Let us pray together for our countries, for victory for our armies, and that justice and right will prevail.

Your affectionate and devoted brother in the Sacred Heart of Jesus.

Thank you very much for the very interesting documents from the Chamber of Commerce in Paris that you were so good as to send me.

Blessed Charles, Pray for Us!

Papal Artifacts is grateful for his life to our Church.