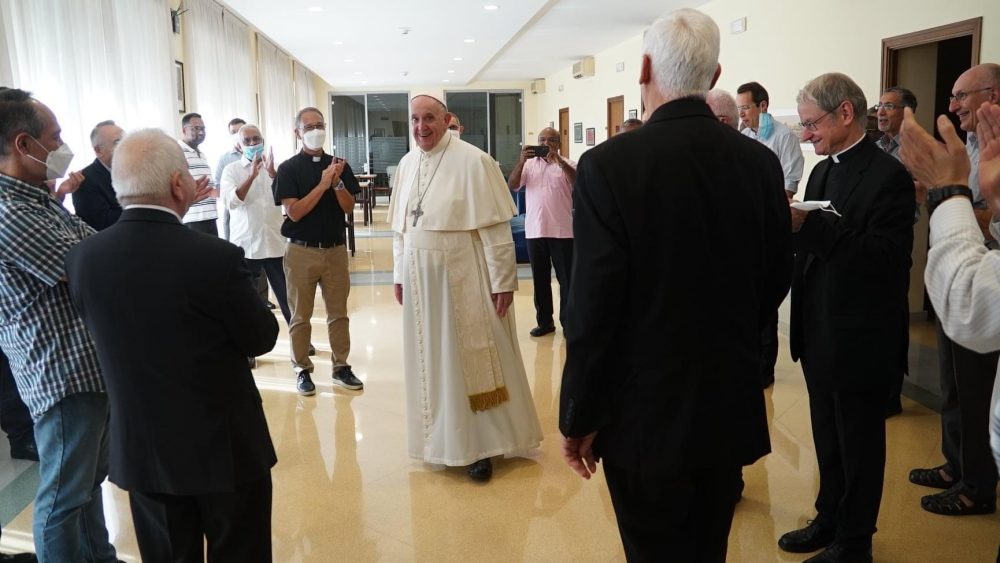 Celebrating with Pope Francis the Founding of the Jesuits

To mark the founding of the Society of Jesus on September 27, 1540, the Holy Father, himself a Jesuit, visit with his Jesuit brothers and enjoyed pranzo with them. He is the only Jesuit to ever be elected pope.

The Society of Jesus–a Roman Catholic missionary organization–received its charter from Pope Paul III. The Jesuit order played an important role in the Counter-Reformation and eventually succeeded in converting millions around the world to Catholicism.

Here is an image of Pope Paul III & artifacts from his papacy in this Collection.