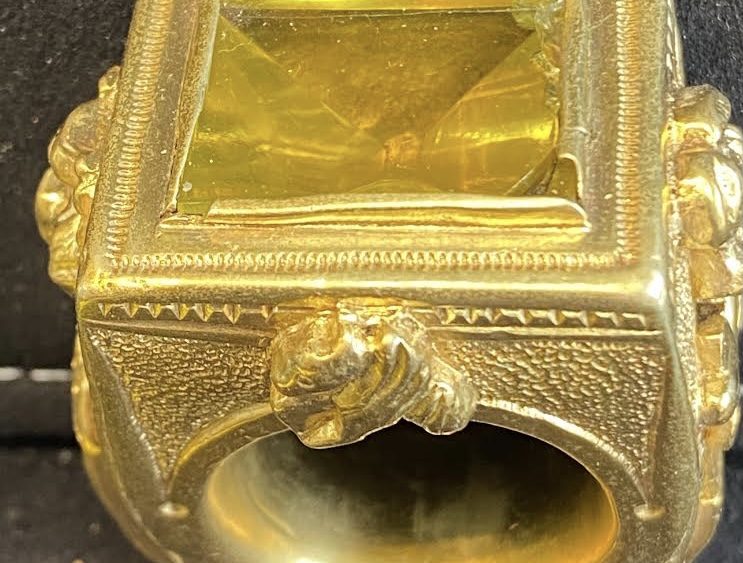 These rings are thought to have been given by the pope to a representative at functions, or to papal couriers who were delivering messages from him to other church figures or sovereigns.   They were meant to be large, so as to act as a noticeable credential, and purposefully were made of gold gilt bronze so as not to have such intrinsic value they would be a temptation to thieves.  They are decorated with the coats of arms of popes, the “triple crown” papal symbol and various other papal symbols identifying the reigning pope: this one bears the name of Pope Pius II.  Because of their noticeable size they probably were not intended to be worn for any extended period.