Blog
Papal Artifacts / News / An Interesting Coincidence! A Story about Pope Francis–& A Photo of Another Ring from the Time of Pope Paul II
Mar 26 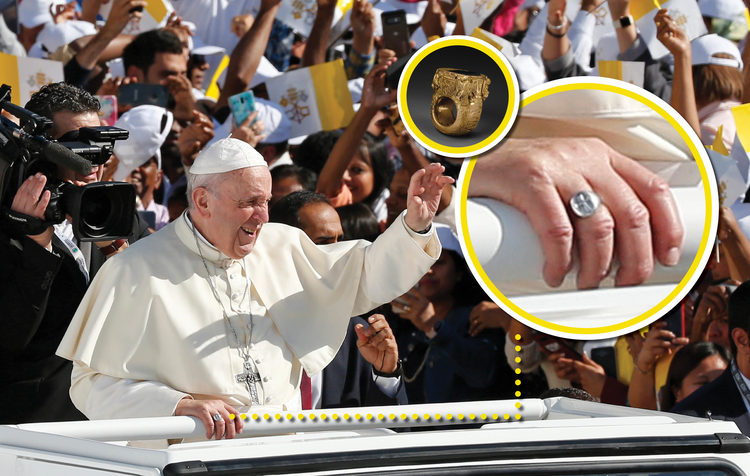 An Interesting Coincidence! A Story about Pope Francis–& A Photo of Another Ring from the Time of Pope Paul II

Here is the ring belonging to the time of Pope Paul II in the Papal Artifacts’ Collection. 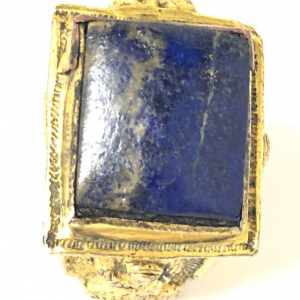 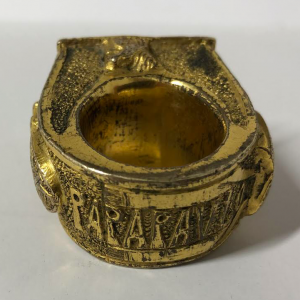 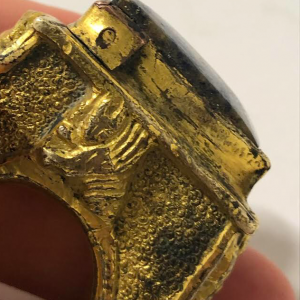 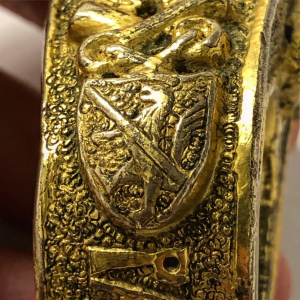 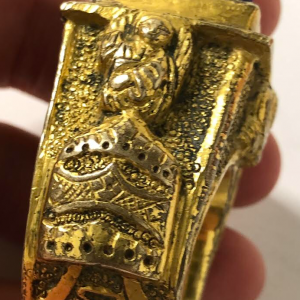 Adjacent to this post is  one entitled, “The Rings in the Papal Artifact Collection,” where the featured item is a papal ring worn during the time of his pontificate (1464 – 1471).  We thought you’d enjoy the coincidence involving this particular photo and the story connected to it about the past two (and present) popes not being fans of having their rings kissed!

NOTE: This is not the fisherman’s ring, worn by popes,  which would have been  destroyed upon Paul II’s death. 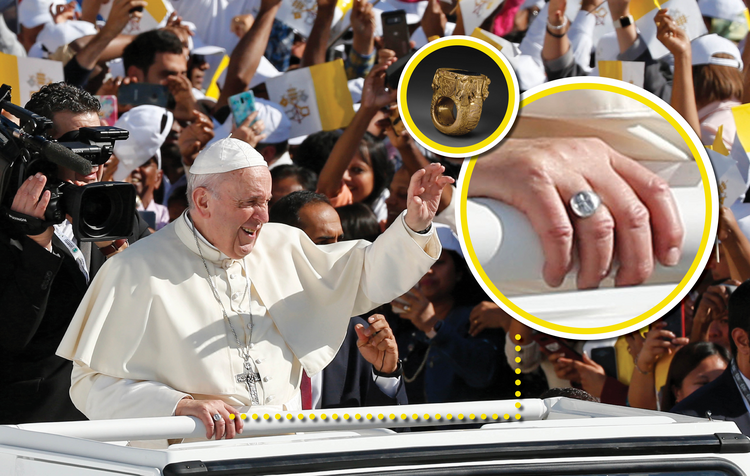 Why do Catholics kiss the pope’s ring? And why doesn’t he want them to?

Protocols evolve and changes can be confusing, especially when most people only meet a reigning monarch (or pope) once in their lives. As we have seen in the past few days, old habits die hard, even when the pope is trying to keep the receiving line moving. So while Pope Francis might not be a fan of hand and ring kissing, he is actually following the lead of John Paul II and Benedict XVI.

Before the Second Vatican Council, it was customary in most countries for both priests and laity to kiss a bishop’s ring upon greeting him as a sign of respect and obedience. But times change, and the gesture can also be seen as furthering clericalism and ties to temporal power. Both Pope Francis and Pope Benedict XVI before him have tried to discourage the practice when the pope is receiving visitors, and Francis was resistant to the practice when he was archbishop of Buenos Aires as well. According to the journalist Peter Seewald (in his book-length interview The Light of the World), Pope Benedict XVI actually abolished the tradition of kissing the pope’s hand, “though no one followed the new protocol.”

America’s Vatican correspondent, Gerard O’Connell, notes that when the cardinals came forward at the conclave that elected Pope Francis to express their obedience to him, he tried to stop them from kissing his hand or ring. He kissed the hands of cardinals from Vietnam and China, as a sign of respect for their witness in the face of religious persecution.

Both Pope Francis and Pope Benedict XVI before him have tried to discourage the practice of kissing the pope’s ring or hand when the pope is receiving visitors.Much of the reverence shown to the papal rings developed out of the tradition of “the fisherman’s ring” owned by the pope. At least as far back as the 1200s, the signet on the fisherman’s ring was used to seal papal documents. In that time, seals helped to verify that private documents had not been tampered with or opened in transit. With modern means of communication, this practice of sealing a document with wax and then pressing the signet into the wax has fallen out of use.

In keeping with this original and rather practical purpose, the ring of the fisherman was traditionally destroyed after the death of a pope. In the presence of other cardinals, the ring would be smashed with a ceremonial hammer. At the inauguration of the next pope, a new ring would be presented to the new pope.

Similar traditions and ceremonies were quite common in royal courts throughout Europe in the medieval period. Another common practice would have been the kissing of a monarch’s ring as a sign of respect for the office and power held by the monarch. This matches up with the tradition of kissing the pope’s hand and the fisherman’s ring. It also was not limited to the pope: Bishops also receive rings at their episcopal ordinations.

Kissing the pope’s hand isn’t the only monarchical tradition that found its way into papal protocols. A coronation ceremony was part of the installation of a new pope for many centuries.But a big ring with a signet for sealing documents is a little impractical. Although Pope Benedict XVI had the practice of wearing the fisherman’s ring daily, that has not been the norm for some time. In other words, even when visitors go to kiss the pope’s hand, it most likely does not have the fisherman’s ring on it. Many popes have used a different ring more to their personal style for normal daily life. St. Pope Paul VI, for example, wore a ring day-to-day that commemorated Vatican II. Mr. O’Connell confirms that Pope Francis only wears the fisherman’s ring for certain ceremonies.

Kissing the pope’s hand isn’t the only monarchical tradition that found its way into papal protocols. A coronation ceremony was part of the installation of a new pope for many centuries. John Paul I and John Paul II abandoned this ceremony. Pope Benedict XVI went even further when he removed the tiara from the papal coat of arms.