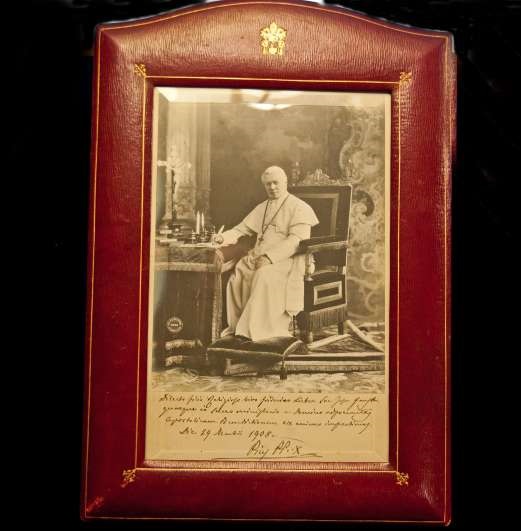 This presentation frame is red leather and contains his coat of arms in gold on top. It has the original beveled glass.
He signed the photo on May 29th, 1908.

On August 24, 2016, at about 3:30 am Pope  Francis was awoken from his sleep by a tremor. Many in Rome described a rumble at about that time. Books fell from their shelves. Many awoke and stayed awake, expecting aftershocks, and stayed awake the following night too – just in case.

Francis woke, and learning of the devastation in central Italy, cancelled the normal order of a Wednesday.

Rather than the usual catechesis at his audience, he led the Rosary for all who had died and were left homeless by that earthquake, whose epicenter was Norcia. The world was turned upside down for a day.

This is not the first time that a pope has felt his room move. Nor is Francis the first pope to respond to an earthquake. In 1908, for example, Pius X awoke to the news that Messina, one of Italy’s largest cities at the time, had been destroyed at a cost of 77,000 lives.

Pius’ response was simple, elegant, and effective. His own home, with its frescoes by Raphael, its ancient Roman statues, and its grand staircases by Bernini, were all thrown open to those fleeing the Messina earthquake, who made their temporary homes there. The Apostolic Palace became a refugee camp.

Those who had lost everything spent their nights recovering under the splendid frescoes of the Vatican’s loggias while they contemplated what had happened, and hoped for a life beyond those walls.

The response of Francis is in a tradition worthy of St. Pius X – and of St. Teresa of Calcutta who found Christ in just such a distressing disguise.

Francis  responded,  as the Church has in the past, from the Chair of Peter itself.

Just as St. Pius X looked after as many Sicilians from Messina as could fit in the Apostolic Palace, Francis is reaching out to those who find themselves at their weakest, least, and most desperate, to bring them to the fold of God’s love, grace, and peace.

From the savannahs of Africa, to the deserts of Syria and Iraq and the high seas of the Mediterranean – from where he brought back refugee families to live in Rome – to the European parliament, Francis calls to the refugees of the world, be they Christian, Muslim, Animist, Buddhist, or of no faith.

It is clear that for Francis, whether they belong to his flock or not, they are sheep in need of a shepherd. None escape his pastoral care. This is the concern of a pastor.

Just as the one sheep lost out of one hundred is Christ’s concern in the Gospel, Francis is clearly signaling that those who feel like they are without a flock, and as such left alone and hopeless, and more importantly left as refugees, should be directly the concern of the pope. 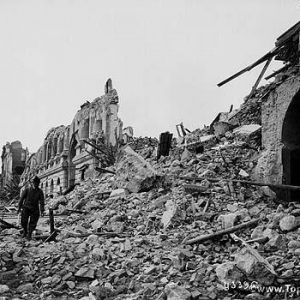 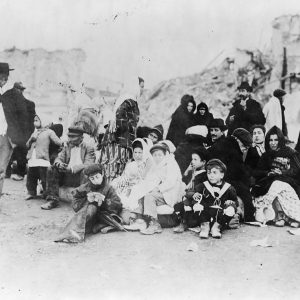 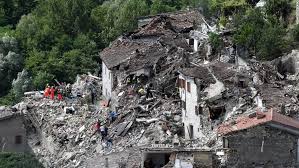 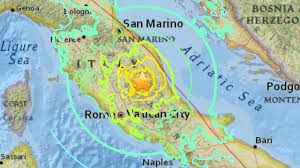 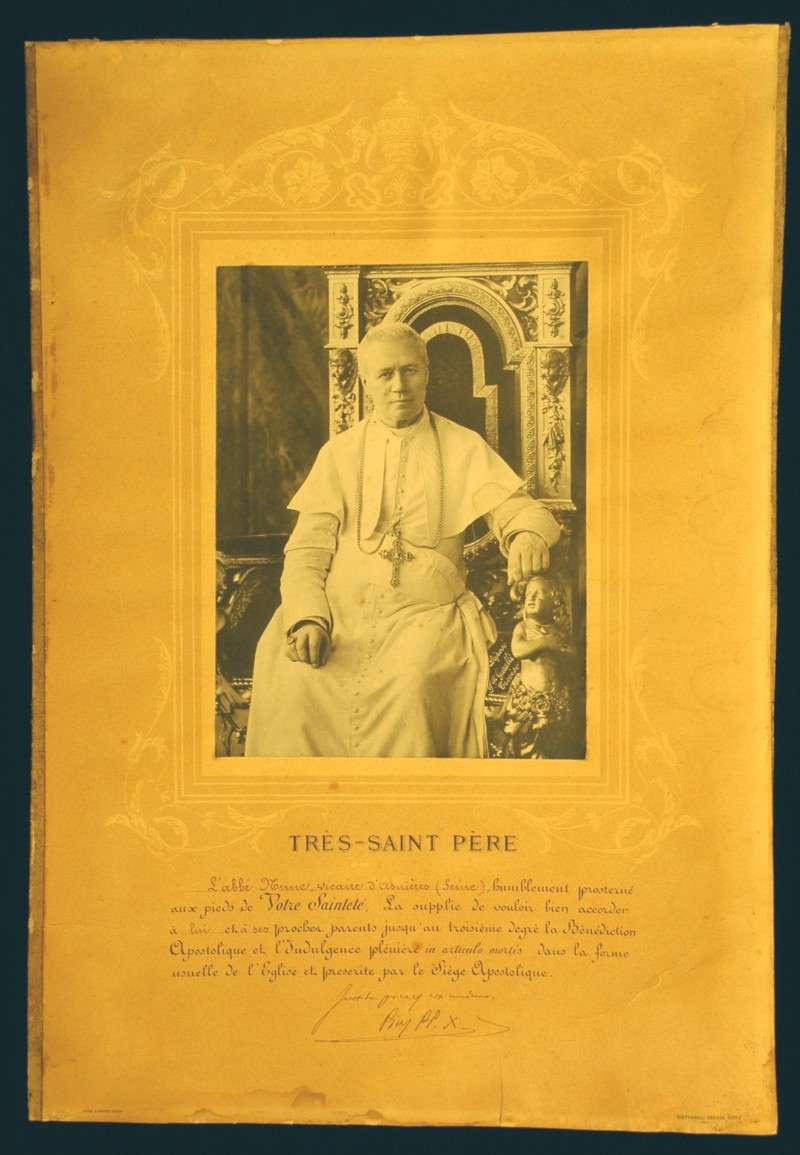 He is the last pope to have been canonized until the 2013 canonizations of John XXIII and John Paul II and the 2018 canonization of Paul VI.