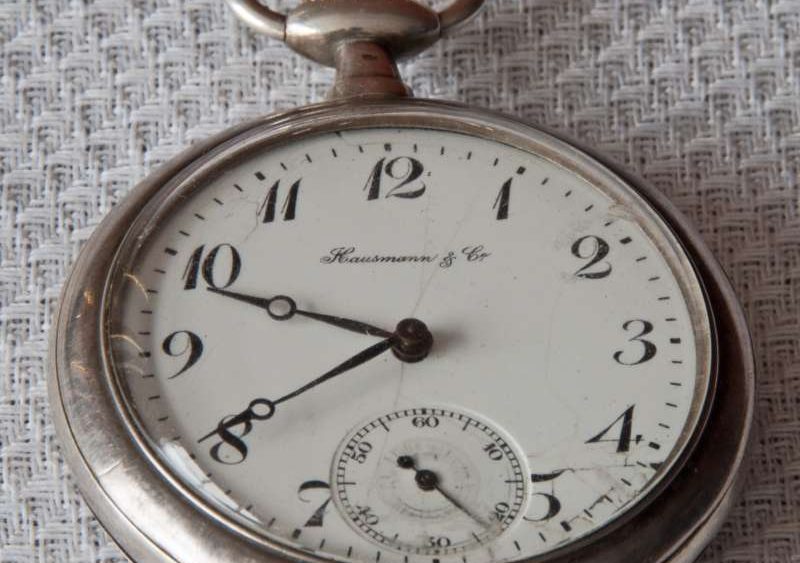 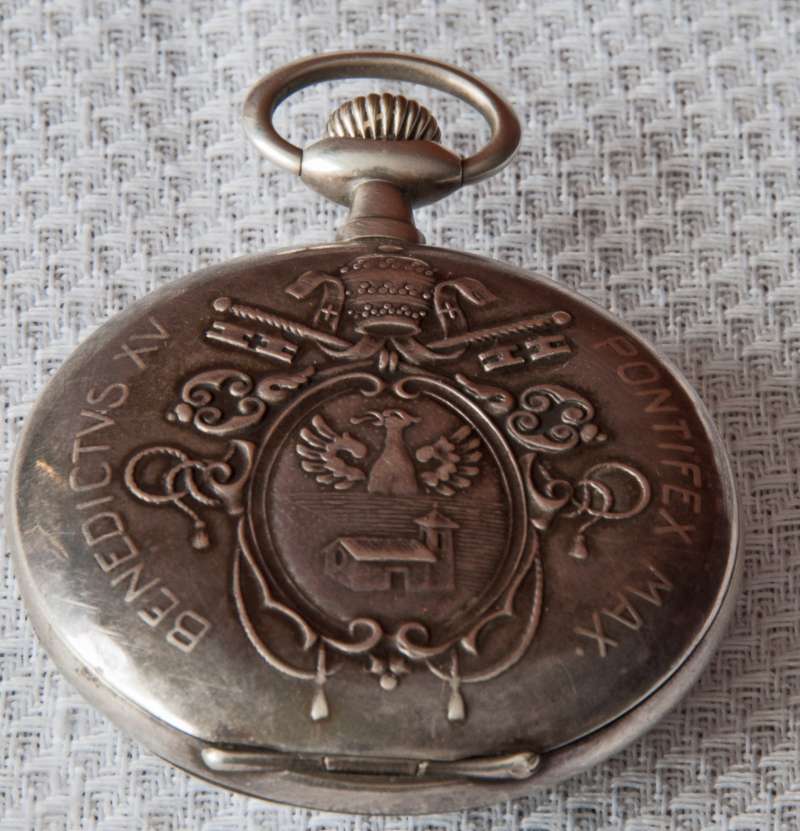 This silver pocket watch, owned by Pope Benedict XV, was probably given as a presentation gift to someone. It has the name of the pope in Latin and his coat of arms.

It is in very good condition and a wonderful addition to the Collection. Artifacts belonging to this pope are very rare because he is known to have had very few things associated with him given as souvenirs or even as blessings signed by him.

Artifacts belonging to Benedict XV are considered to be among the rarest among 20th century popes.

In 1959, Father Walter Peters published  a biography of the 20th century pope considered to be the “forgotten pope of the 20th century”.   In  The Life of Benedict XV,   Father Peters has made this obscure pope come alive with myriad examples from his personal and public life.  One of these is  Benedict XV’s adherence to strict punctuality and how much he loved and used watches.

With the love of punctuality Benedict had a passion for watches.  He was often seen with his watch in his left hand.  This idiosyncrasy obviously did not help to lessen the nervousness of his visitors.  If one of his servants was late, and Benedict found that the man did not possess a watch, he gave him one.  On one occasion the manager of the Vatican printing press prevented Benedict from giving an audience to a man who would have embarrassed the Pope publicly.  When Benedict learned of this act of prudence, he repaid it by presenting the man’s favorite nephew with a watch on the occasion of his First Holy Communion.  The prizes which he awarded to students in the Roman Seminary were always watches.  On all these gifts the inscription was the same:  A Father’s love for the fidelity of his sons–in loving remembrance.

Papal Artifacts is honored to present this vignette of Pope Benedict XV, the Peace Pope 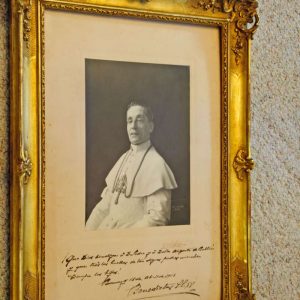 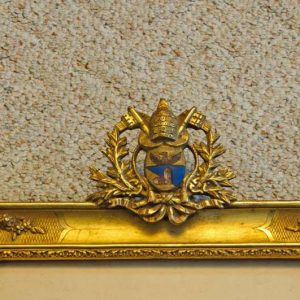