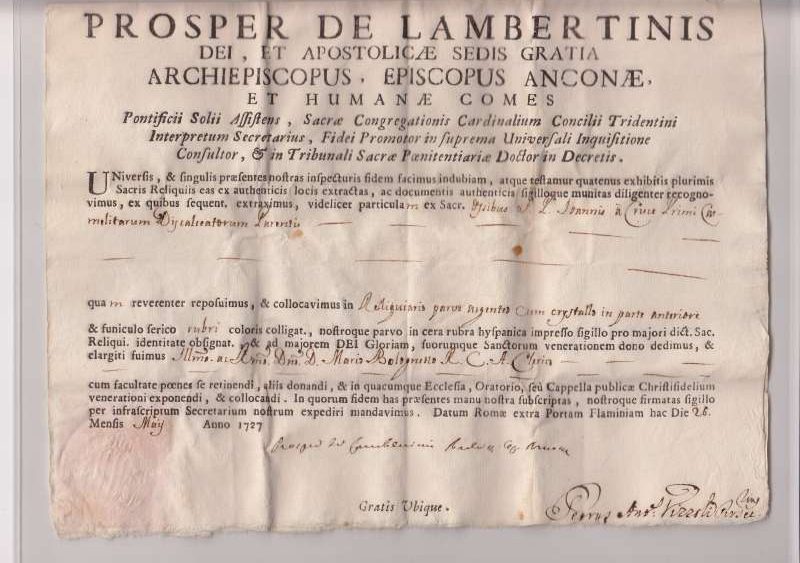 May 26, 1727: A Document Signed by Prospero Lambertini, Pope Benedict XIV & Commentary by the Curator

This  document for a relic of St. John of the Cross, is partly printed and partly in his own hand, and is signed by him as Cardinal. 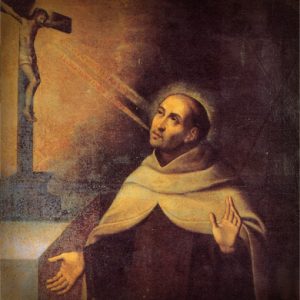 St. John of the Cross 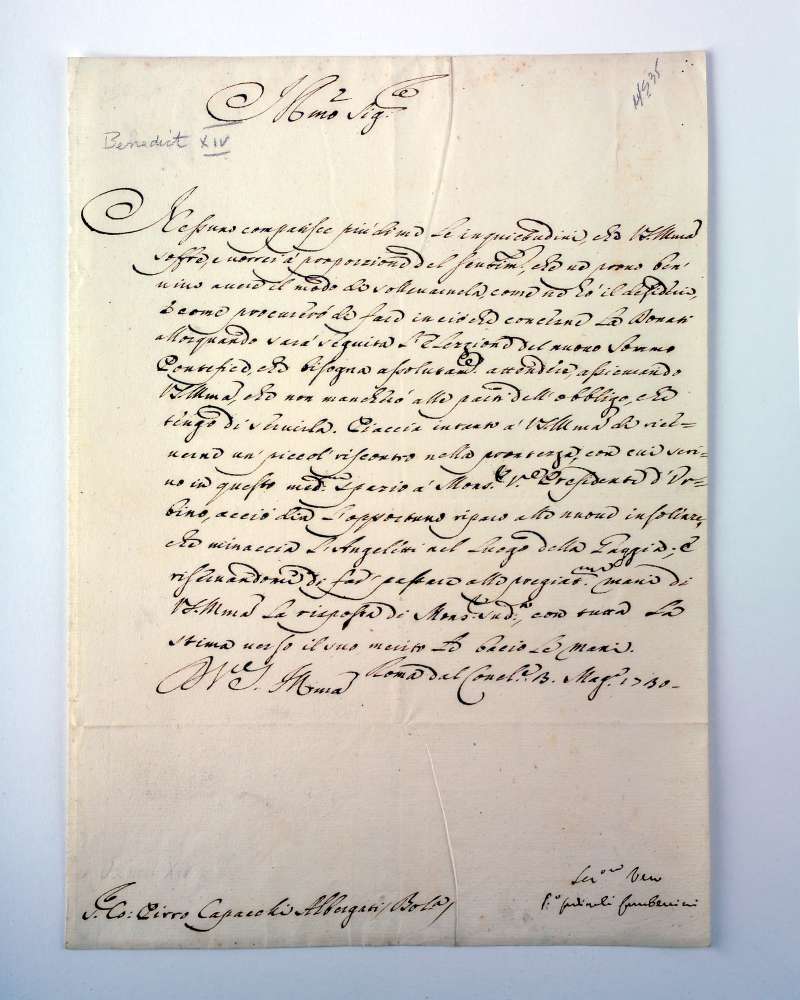 Benedict XIV: Letter Written As Cardinal Lambertini, Dated 1730, While Still in Conclave
Commentary by the Curator

It is worth noting that the pope had already been elected, but there was still a seal on the conclave as long as the cardinals were there.—Father Richard Kunst 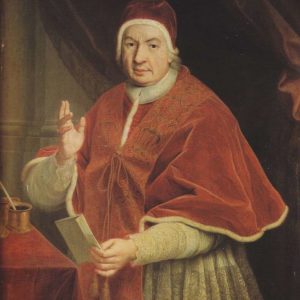 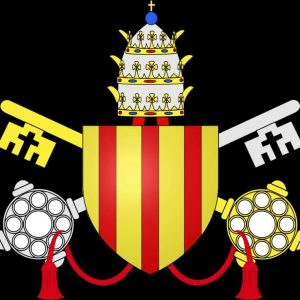 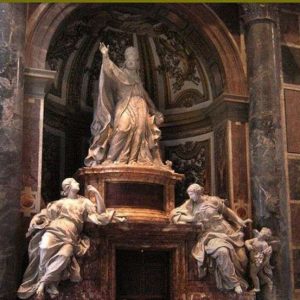