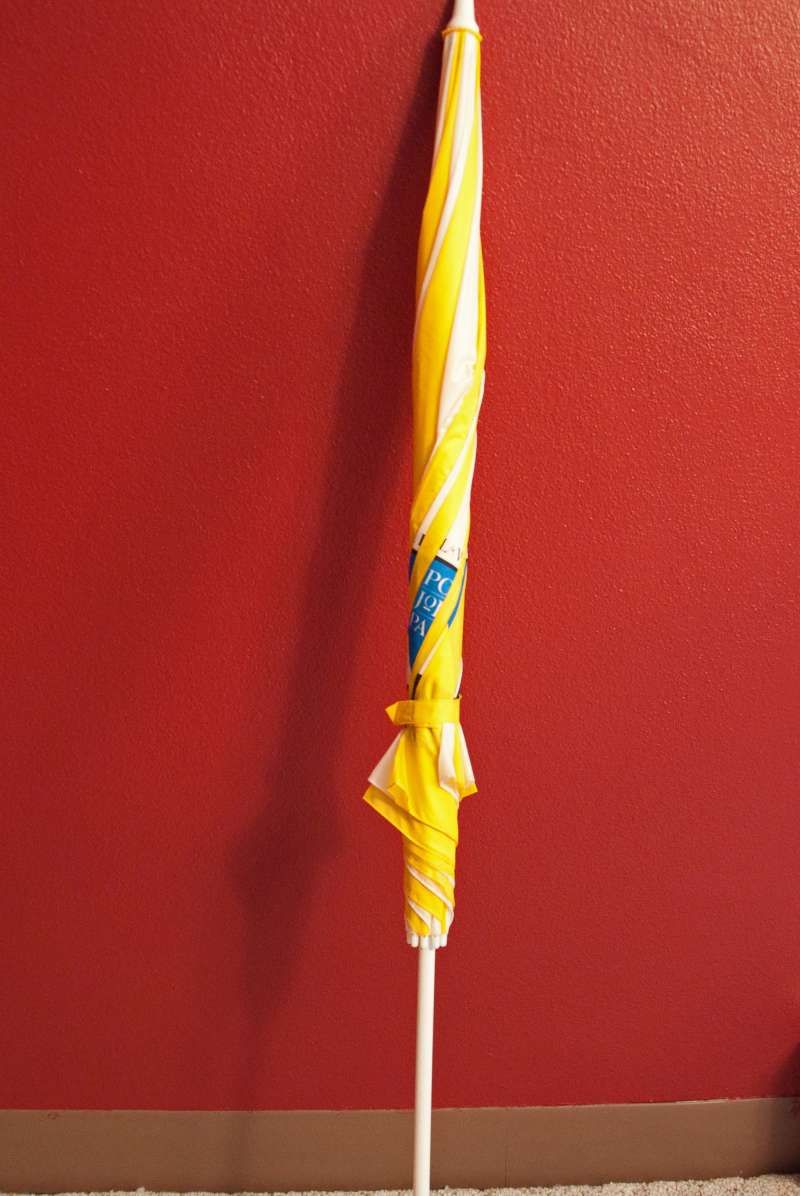 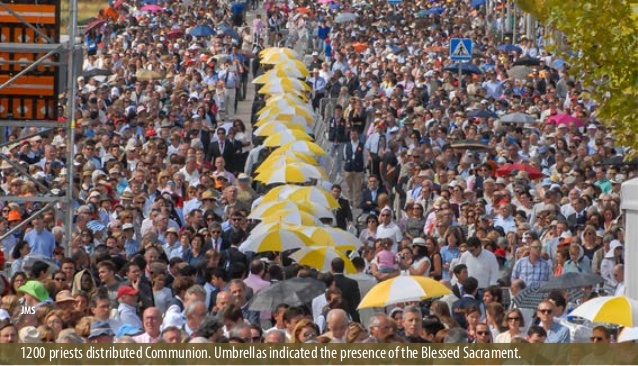 At this Mass, hundreds of Eucharistic ministers distributed communion to the people attending. Umbrellas directed people to the sites where the Eucharist was being offered. This is one of those umbrellas.

The Papal Artifacts’ curator was in St. Louis to con-celebrate Mass that day.

The following link will take you to archived footage of Pope John Paul’s visit to St. Louis:

Mass was celebrated on Wednesday, January 27, 1999 before a crowd of nearly 100,000 people.  This outpouring of love for Pope John Paul II occurred everywhere he traveled during his long reign as pope.