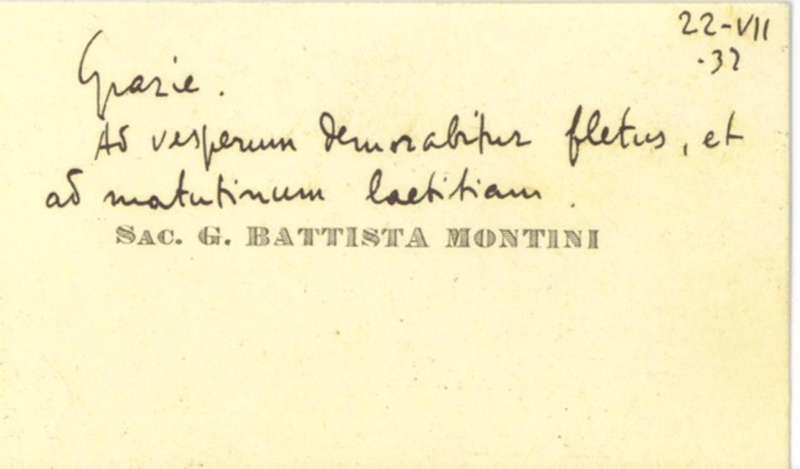 The artifact presented here is a note of thanks, written in Mon. G. Battista Montini’s own hand on his business card. It was written on July 22, 1937, at which time he was working in the office of the Secretary of State.

Today, both John XXIII & Paul VI are canonized saints.  To have an item written and signed by a future saint is an incredible gift.